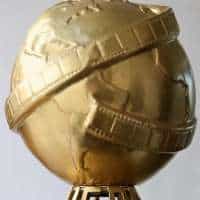 Who deserves to win a Golden Globe from the 2018 movies?

The 76th Golden Globe Awards was a night full of surprises.  Held by the Hollywood Foreign Press Association, the Globes are often an early predictor of the Oscars.

In case you didn’t know, the Wikipedia describes exactly what a Golden Globe Award is about:

The Golden Globe Awards are accolades bestowed by the 93 members of the Hollywood Foreign Press Association beginning in January 1944, recognizing excellence in film and television, both domestic and foreign.

[pullquote]The annual ceremony at which the awards are presented is a major part of the film industry’s awards season, which culminates each year in the Academy Awards.[/pullquote] The eligibility period for the Golden Globes corresponds to the calendar year (i.e. January 1 through December 31). The 76th Golden Globe Awards, honoring the best in film and television in 2018, were held on January 6, 2019.

— Spider-Man: Into the Spider-Verse won Best Animated Motion Picture, beating out two Pixar movies (Incredibles 2, Ralph Breaks the Internet).  Writer/producer Phil Lord said, “We’re living in an alternate universe where we win this.”  Director Peter Ramsey said, “”We were trying to make a movie that spoke to the idea that anyone can be behind the mask. We’re telling the story of Miles Morales, a kid from Brooklyn, African American, Puerto Rican. Anyone can be behind the mask. We’re counting on you.  You can do it.”

— Host Sandra Oh won Best Actress in a TV Series for the show Killing Eve and used the moment to honor her parents that were there with her.

— Comedy legend Carol Burnett was presented with the First Annual Carol Burnett Award for Outstanding Achievement in Television.  She beat out other “nominees” Christian Bale, Charlize Theron, and Antonio Banderas with her fingers crossed in anticipation.

— In Regina King’s acceptance speech for Best Supporting Actress for If Beale Street Could Talk, she pledged to make everything she produces over the next two years 50% women.  She challenged anyone in a position of power in all industries to do the same.

— In his acceptance speech for Best Actor in a Comedy for Vice, Christian Bale thanked Satan for providing him with the inspiration to play Dick Cheney.  Then he proposed making a Mitch McConnell movie next.

— A Star is Born won Best Song for “Shallow.”  However, it was surprisingly shut out of every other category it was nominated in.  A major shocker as it’s been the movie to beat for months.  Bohemian Rhapsody won Best Actor in a Drama instead and the coveted Best Picture.  Alfonso Cuaron beat out Bradley Cooper for Best Director for the Netflix film Roma.  And Glenn Close won Best Actress for the underrated drama The Wife despite months of buzz about Lady Gaga’s film debut.

— Glenn Close gave the best speech of the night.  “Women, we’re nurturers.  That’s what’s expected of us.  We have our children.  We have our husbands, if we’re lucky enough.  And our partners.  Whoever.  But we have to find personal fulfillment…We have to follow our dreams.  We have to say, ‘I can do that.  And I should be allowed to do that.’ “

The Oscar nominees will be announced Tuesday, January 22. We’ll find out then how many of the Golden Globe nominees and winners will make it to the big show.  Check back here for more awards coverage.

The Voice Actors of Spider-Verse

Movie Review – A Star Is Born