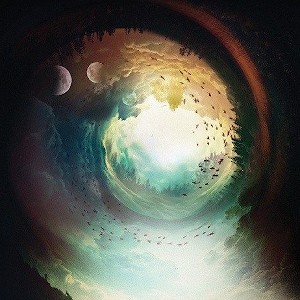 So where do I begin with The Endless? It only just squeaks in as a Groundhog Day type film. Not because there isn’t a time loop, more likely because there isn’t just the one. There seem to be dozens of them. Some only seem to last seconds, whereas others last longer. There is a consistency regarding the loops but I’m not going to divulge what it is, for obvious reasons.

I’m not sure how to describe it either. It has all the hallmarks of a low budget, independent film: no recognisable faces, no hideously expensive special effects, multitasking talent, and a Tribeca Film Festival debut — all shout  “independent”. Throw in a box office take of a mere $957,694 with no one screaming “flop” or “disaster” then, if independent isn’t accurate, low budget is spot on the mark.


What’s It All About?

Aaron and Justin are brothers. They’re played by Aaron Moorhead and Justin Benson as well as, between them, taking care of writing, production, direction, cinematography, and editing duties. As children they’re brought up somewhere called Camp Arcadia, but they left. Now they’re not so happily grown up; they have rubbish jobs and struggle to make friends or relationships. Then, out of the blue, a video cassette arrives from Camp Arcadia, which shows that everyone there is happy, contented, and well fed.

As the brothers are seemingly living on steaming bowls of cheap noodles, the seemingly limitless supplies of good food is a definite draw. Unfortunately the brothers have different memories of camp life; Aaron recalls them as a harmless and friendly commune, but Justin thinks they’re a UFO death cult. Aaron points out that they can’t be too successful as a suicide cult if they’re all still alive, and gradually wears Justin down until he agrees to go back for a day trip.

They go back to a very warm welcome from a group of people who don’t seem to have aged a day in the decade or so that they’ve been gone.

Then The Endless starts getting stranger in ways that are hard to describe unspoilerishly, but I can mention a few things that are raised in the trailer. There is happy talk of “The Ascension,” which Aaron thinks is benign but Justin thinks is code for group suicide.

It’s sold as a horror/sci-fi film but that isn’t, to my mind, strictly accurate. While the sci-fi aspects are based around Camp Arcadia being called a “UFO death cult”, a scene with an unusual tug of war, and some references to a literal higher power, there is little that says spaceships or aliens. Even the ending could have been demons, ghosts, or anything really.

I suppose demons or ghosts might have pushed The Endless into the horror genre, all there is for that particular epithet as it stands are a few killings. To be honest I’d find it hard to categorise… definitely a drama with a few moments of comedy thrown in, and a lot of head scratching on the way.

chevron_left Is there anything extra during the end credits of The Little Things?
Rewatch Movie Review – Twelve Monkeys chevron_right