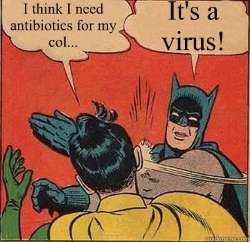 If you want to rewatch John Carpenter’s The Thing, or The Revenant, it’s best to wait for a cold windy winter night.  At the other end of the spectrum, Jaws is best enjoyed on a warm summer night. Unfortunately, now is the best time to watch/rewatch the movie Contagion.

I just rewatched Contagion last night. After watching a few news reports about the Wutan virus outbreak in the Chinese province of Hubei, Contagion plays more like a dramatic reenactment than science fiction.

What makes the movie Contagion so dramatic is that it’s not overly dramatic. This isn’t a virus that wipes out half the world population. There’s no bleeding from the eyes, no walking dead. However, director Steven Soderbergh manages to turn an everyday scene in a coffee shop into the horror movie equivalent of the young coed pulling back the shower curtain.


The story does a good job of weaving between how the disease progresses on a global scale, while giving attention to how common people respond.

Additionally, there is some good medical advice dispersed throughout the movie:

About The Peetimes: I would suggest using the middle Peetime at 40 minutes into the movie. A lot of that is a music montage and the only thing important that happens during this Peetime was shown in the previews.

There are no extra scenes during, or after, the end credits of Contagion. (What we mean by Anything Extra.)