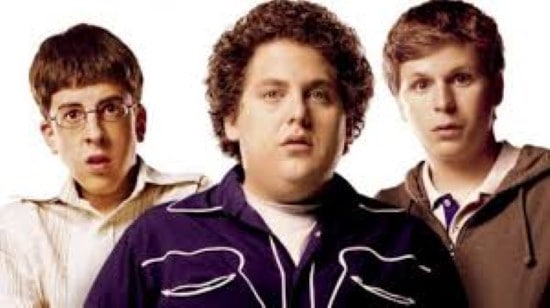 The extremely R-rated Good Boys is helping close out the summer movie season this week.  I’ve been looking forward to Good Boys for months, ever since the trailer dropped.  They had me at Jacob Tremblay.  What could be more wickedly subversive than casting the sweet little boy from Room and Wonder in a teen sex comedy?

If you’re also chomping at the bit to see Good Boys, here’s something to help tide you over.  It’s a list of my favorite raunchy comedies.

The title of the movie is a misnomer as it has nothing to do with The Bluegrass State.  This is an early film from the minds that would go on to make Airplane and The Naked Gun series.  The movie is composed of a series of sketches, the film’s centerpiece being a parody of kung-fu films.  I recently got to witness my girlfriend’s reactions to the movie as she watched it online.  For a movie made in the ’70s, a lot of the humor and shock value stand up.

It was difficult choosing which Kevin Smith film to include on this list.  Clerks was groundbreaking and battled against censorship.  Chasing Amy and Dogma are dear to my heart.  I adore Jay and Silent Bob Strike Back but it’s not as iconic as Mallrats to me.  And while Clerks 2 is certainly offensive, it’s not as classic.  There’s just something about the running gags in Mallrats that I really love.  (“Like the back of a Volkswagen?”)  From the fortune teller to the chocolate pretzels, there are plenty of raunchy moments.

There’s also a Stan Lee cameo before that kind of thing became common.  And he gets a speech.  And it’s a good one.

There’s Something About Mary

By the time I saw this one, most of the best laughs had been ruined by previews or my friends.  However, screenwriting guru Robert McKee gave me a new appreciation for the opening scene.  He used as an example in his comedy writing seminar.

Ben Stiller’s character goes to pick up his prom date and while in the bathroom, he gets stuck in his zipper.  The Farrelly Brothers take what could be a one-note throw-away gag and turn it into comedy gold.  I forget exactly how the scene goes.  But more and more neighbors keep stopping by the house or passing by the window and trying to help, just making Stiller’s embarrassment that much worse.  The stuck zipper is like a laugh button.  And every time another character shows up, the Farrelly’s press it.

Watch the scene and you’ll see what I mean.  They milk about seventeen laughs from the audience out of a single gag.  (And just when you think you’re safe, they actually cut to a shot of it!  So gross!)  Definitely a masterclass in writing raunchy comedy.

Plus, the end credits has one of the most joyous sing-alongs of any movie.

This is the Judd Apatow produced forefather to Good Boys.  If you haven’t seen it, I don’t want to ruin the joys of it for you.  Michael Cera, Seth Rogen, Jonah Hill, and Christipher Mintz-Plasse are hilarious in this teen comedy about friendship, and trying to acquire booze for a party.  This movie introduced Emma Stone to the world.

Seth Rogen and Bill Hader play possibly two of the worst cops in history.  This is the movie my ex-girlfriend took me to right before she dumped me, and I still love it.

Booksmart is Superbad for smart girls.  Two brainiacs try to cram four years worth of partying into one night before they head off to college.  Kaitlyn Dever and Beanie Feldstein bring the funny in Olivia Wilde’s directorial debut.

This is one of my new favorite comedies.  It didn’t get a fair shake in the theaters and I hope it gets embraced on digital, streaming, etc.  The drug and sex jokes are funny, but even the innocent stuff, like just watching their nerdy dancing on the way to school, made me laugh so hard.

Selma Blair has several moments in this film that still make me laugh just to think of them.  Only Christina Applegate and Cameron Diaz would be good enough sports to round out the cast for a romantic sex comedy like this.  This movie really must be seen to be believed.

Below is an impromptu musical number from the film.  It is NSFW.

I’ve only seen a few John Waters’ films.  This one again features Selma Blair as a promiscuous character that Waters saddled with a giant pair of fake breasts.  Which is really all you need to know about the film.  It deals in sexual extremes.  Waters tried to fit as many sexual fetishes into the movie as he could.

I only saw this once in the theater 15 years ago.  But I remember laughing hard the entire time.  PSA: This is the only movie on this list with an NC-17 rating.

This lesser American Pie wannabe makes the list for one major reason:  an early surprise cameo from Matt Damon singing the cruel, heartbreaking, and utterly catchy “Scotty Doesn’t Know”, during which Scotty finds out his girlfriend is cheating on him.  It’s a totally rewindable moment that redeems the whole film.

The Austin Powers trilogy concludes with this film.  It’s my favorite for several reasons.  It has the star-studded Austin Powers parody/film-within-a-film that includes John Travolta and Danny DeVito among others.  It also features Michael Caine and a young Beyonce.

All the sex jokes and scatalogical humor are there as well.  The first two movies are fun entrees, but this is pure dessert.

What a gift Bridesmaids is!  It really set Melissa McCarthy‘s movie career on fire.  And it gave us Chris O’Dowd.  The dress shop scene proves women can do gross out comedy just as well as the men.

You can also keep up with all the latest movie news and reviews by following us on Twitter @RunPee and liking us on Facebook at www.facebook.com/RunPee/.