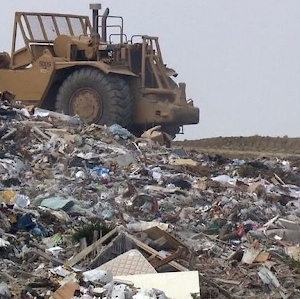 Ah January. The start of a new year. Fresh starts, new beginnings, and resolutions that can last as long as a week. Everything is all hunky dory and sparkly bright. That is, until you realise that one of the alternative names for January, in the film industry at least, is the Dump Month. The thinking appears to be that everybody has had more than enough entertainment over the holiday season to last them for a while.

So what on Earth is the point in releasing new films when people are probably not going to want to leave the house to come and see them? After all, even moderate amounts of publicity and distribution cost money.  Is it even worth firing up the ovens to make the popcorn if there’s going to be no-one coming in to spill it over the auditorium floor? But is that always the way of things? Do good films ever come out in January? In my humble opinion, they can and often do.


If It’s January It Must Be…

I mean, let’s be honest, the quality of a film can’t be judged merely by the date on which it is released. If we take a quick look at the top five of the IMDb’s list of films we see that sitting in the number one spot is The Shawshank Redemption which was released in October. However we can zip down to the second from bottom spot and find Manos: The Hands Of Fate which was also released in October. So perhaps the calendar isn’t the best way of assessing the quality of a film.

There is another factor at play and that is the spectre of old Uncle Oscar. In order for a film to be eligible for inclusion in the awards a film must have opened in a commercial theatre between 1st January  and 31st December and played for at least seven consecutive days in the same venue in at least one of six US metropolitan areas – Los Angeles County, the City of New York, the Bay Area, Chicago, Miami, and Atlanta. A lot of Oscar wannabes get shown for a week to guarantee eligibility. They are then withdrawn and released fully in the new year.

Sometimes a film causes a particularly vigorous stir in the media. It makes sense to ride the wave and get out in January to make a bit of extra cash. Films like 1917, Hidden Figures, and Million Dollar Baby all launched as limited release around Christmas before going into theatres everywhere in January to capitalise on the buzz generated. That strategy worked well for those films. However, it left newcomers struggling to grab any attention.

Still, I found it quite nice to go for a family film outing before everyone goes back to work. Over the last few years The Greatest Showman, Mary Poppins Returns, Spies In Disguise, and Cats were all holiday watches. It happened again this year when we went to see The Amazing Maurice. In short, January can be dump month but it can also be a top trump month. You just have to use something a bit more discerning than the calendar to make your choice.

chevron_left Moving to the Top: The Boom of Table Games
Discover This: Great Horror Films for Students chevron_right