Ad Astra opens this week.  Starring Brad Pitt and Tommy Lee Jones, it has plenty of Oscar potential.  Pitt plays an astronaut who travels through space to seek his missing father.

In honor of this movie’s opening weekend, here are my top five space travel movies. 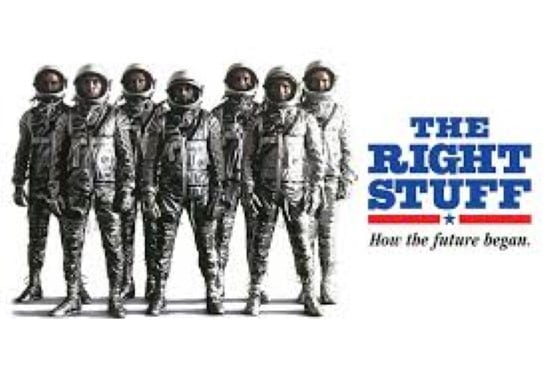 This movie takes the fifth slot because it’s been the longest since I’ve seen it.  It’s based on Tom Wolfe’s non-fiction book about Mercury 7, the first crewed space flight by the U.S.  It boasts a cast that includes Dennis Quad, Ed Harris, Sam Shepard (Oscar nominated for his role), and Fred Ward.  Gene Siskel and Roger Ebert named it the best film of 1983. 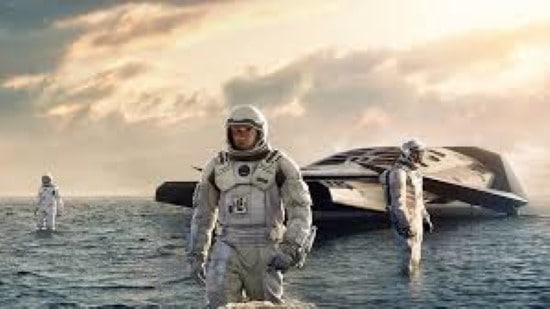 I’m a huge Christopher Nolan fan.  This is his underrated space epic starring Matthew McConaughey and Anne Hathaway.  In a dystopian future where Earth is becoming uninhabitable, a team of explorers travel through a wormhole to search for a new home for humanity.  This one gets emotional in that the astronauts have to say goodbye to their families in order to save them, with no promise of ever seeing them again.

Alfonso Cuarón won Best Director for this survival story starring Sandra Bullock and George Clooney.  It also won Best Cinematography, Best Film Editing, Best Sound Editing, and Best Sound Mixing.  Which is fitting because the movie makes you feel like you are there.  I saw this one on an IMAX screen and it was like being on a thrill ride.  Sandra Bullock got an Oscar nomination for her knockout performance. 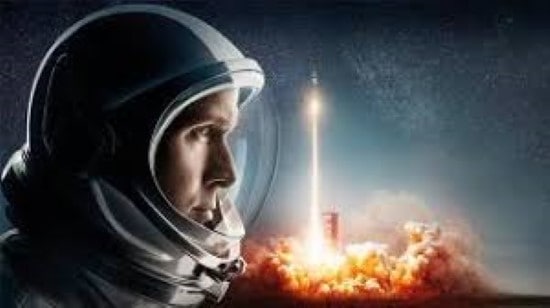 Damien Chazelle makes movies about the price of ambition.  This biopic focuses on Neil Armstrong and what it took to achieve the Apollo 11 moon landing.  This film is notable for its realistic scenes of rocket travel.  It features sound editing and special effects that put you inside the rocket next to Ryan Gosling, from the very first scene. 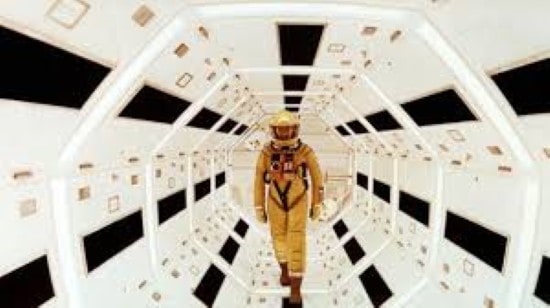 My mom bought me a Stanley Kubrick boxed set for Christmas when I was in college and this was my favorite film in the set.  Kubrick set the bar for the space epic with his adaptation of the Arthur C. Clarke novel.  It follows mankind from the beginning of time to the future.  And it features one of the most famous computers in cinema history:  H.A.L. 9000.  I got to watch this with a live orchestra providing the soundtrack and it was awesome.  I always try to catch this one when it plays on a big screen.  All of these selections should be seen on the big screen when/if possible for maximum effect.

I know, I know.  Apollo 13 isn’t on the list.  Sorry, but I feel like it’s one of the overrated movies of my generation.  Maybe I’ll give it another watch one day and reassess it. [Editor note:  Apollo 13 is in my top 10 films ever and my rewatches never get old…]

This would probably be in my sixth slot.  It was hard to leave it off the list.  Like Gravity, this is another tale of survival.  Matt Damon plays an astronaut stranded on Mars who must find a way to survive until Earth can send a rescue mission.  Based on the novel by Andy Weir, the movie gets bonus points for using actual science. [Ed note: okay, you are redeeming yourself a little here.]

This biopic tells the story of NASA engineer Homer Hickam as a teenager.  Jake Gyllenhaal plays the son of a coal miner who is inspired to take up rocket science by the Sputnik launch.  Chris Cooper (always good!) plays his disapproving father.  Laura Dern is the inspiring teacher who helps Homer and his friends build and launch model rockets.

Or, as my poor forgetful father dubbed it after calling me three times to ask the name of it, Feelings For Numbers.    The movie tells the story of three black female mathematicians who worked for NASA during the Space Race, especially during Project Mercury.  Taraji P. Henson, Janelle Monáe, and Octavia Spencer give inspiring performances in this important and uplifting film.  The movie also features one of my favorite recent Kevin Costner performances.

Don’t get stranded in the middle of the latest sci-fi film.  Remember to take the RunPee app with you so you don’t miss any of the good parts of the movie.  We have Peetimes for all the latest movies and we add new movies every week.  You can also get the latest movie news and reviews by following us on Twitter @RunPee and liking us on Facebook (www.facebook.com/RunPee/).