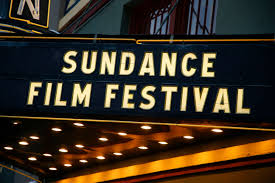 I want to go to there!

The Sundance Film Festival recently wrapped up.  The festival, founded by Robert Redford, is intended to give exposure to new and diverse voices.  Often, there are movies that debut at Sundance that we end up talking about all year.  For instance, Golden Globe nominee The Farewell.  As always, a lot happened over the course of nine days.  Here are the highlights.

At the end of this year’s festival, festival director John Cooper retired from his post…after ten years.  Cooper passed the torch to Tabitha Jackson, who is the first woman, the first person of color, and the first person born outside the United States to head the festival.  She previously spent six years as the director of the documentary film program.  On her decision to apply for the position, she said, “What won out was what gets me out of bed in doing this work.  Arts as a public good, and as a catalytic force, as a deeply necessary thing in understanding the human condition.  Why wouldn’t I want to be given the trust to run a festival like this, which is a huge opportunity to direct people’s attention to exciting new voices?”  Cooper will take on the newly-created role of Emeritus Director.  He will oversee special projects, such as the Sundance Institute’s 40th anniversary in 2021. 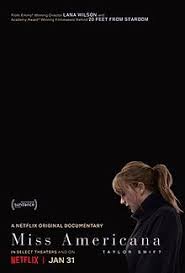 
The Taylor Swift documentary Miss Americana (now available on Netflix) opened the festival.  It documents a period in Swift’s life where she finds and uses her voice to stand up for herself and her beliefs.  In a Q&A after the screening, Swift said to Lana Wilson, ““For so much of my life, in the public eye, when I get sad or upset or humiliated or angry or go through a really horrible time, I feel people lean in with this hunger. And you never did that to me.  I felt like when I got sad, you did, too, and so it made all of that all right. It didn’t make me feel like, ‘Oh, she feels like she’s got a good part for her movie now.’ And I really want to thank you for that.”

Wilson said to Swift, “I think girls especially, growing up in this culture, are taught that other people’s approval is of paramount importance to their self-worth. Seeing you experience that…but then coming to this completely new understanding of your relationship to other people’s approval…was really inspiring and empowering.”


Oprah Winfrey dropped out as executor producer of high profile documentary On the Record.  The project, directed by Kirby Dick and Amy Ziering, focused on the multiple women who have accused media mogul Russell Simmons of sexual misconduct.  Winfrey did not feel the film was ready for Sundance.  With Winfrey’s withdrawal of support, the filmmakers lost their deal with Apple TV+.  However, streaming service HBO Max has now bought the rights to the film. 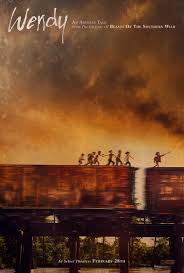 
Several popular filmmakers came to Sundance with buzz about their second movies which, unfortunately, ultimately disappointed. Benh Zeitlin wowed audiences several years ago with his Oscar-nominated film Beasts of the Southern Wild.  This year, he returned with a new take on Peter Pan titled Wendy. Critics found it meandering and dull.  Justin Simien made waves with his college satire Dear White People.  This year, he came with a socially conscious horror film called Bad Hair. Critics were disappointed by its lagging pacing and uneven tone. Searn Durkin previously won the dramatic directing award for his movie Martha Marcy May Marlene, about the survivor of a cult. This year, he debuted his new movie The Nest, about a family that starts to fall apart after moving into a British mansion in the 1980s. While it was well-respected and got favorable reviews, critics seemed disappointed that they didn’t fall in love with it like they did with Durkin’s previous movie.


There are always deals being made at Sundance.  Here are some of the noteworthy ones.

–Amazon purchased the drama Uncle Frank from Alan Ball for around $12 million. The movie is about a teen girl who leaves home in the ’70s to study at NYU with her professor uncle (Paul Bettany), who she discovers is secretly gay.

–Hulu bought the rights for the horror-comedy Bad Hair for around $8 million.

–Netflix paid a reported mid-to-high-seven figures for The 40-Year-Old-Version, a film about a playwright who starts a hip-hop career in middle age.  It won the Directing Award: U.S. Dramatic.

–Sony Pictures Classics bought I Carry You With Me for an undisclosed amount.  Based on a true story, the movie follows the gay love story between two immigrants, a chef and a teacher.  It won the Audience Award: NEXT.

–Magnolia Pictures bought the rights to The Fight for seven figures.  The documentary focuses on attorneys for the American Civil Liberties Union. 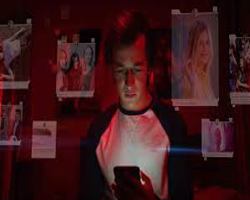 5. Documentaries were all the rage.

It was a quiet year for narrative film, but documentaries were all the rage.  Crip Camp, directed by Nicole Newnham and James Lebrecht and produced by Barack and Michelle Obamas’ Higher Ground Productions, tells the story of the disability rights movement.  Outside Woodstock in the ’70s, there was a summer camp for people with disabilities.  Crip Camp won the Audience Award for U.S. Documentary.

One of the most popular and most talked about docs at the festival was the Netflix documentary Dick Johnson Is Dead.  In the movie, filmmaker Kirsten Johnson and her father stage his death in various ways to help them both cope with his inevitable demise.

The Reason I Jump, directed by Jerry Rothwell, seeks to explain how the autistic mind works and give the viewer an experience of it.  It won the Audience Award for World Cinema Documentary.

The Social Dilemma, directed by Jeff Orlowski, builds a case that social media is evil, using interviews with people who helped to create social media.

Garrett Bradley’s Time focuses on a woman fighting for her husband’s release from prison, while raising their six sons and maintaining a career.  It won the Directing Award: U. S. Documentary.

In Welcome to Chechnya, David France reveals the persecution of LGBTQ people in the Russian Republic, and takes a look at the activists working to save their lives.

The Truffle Hunters, directed by Michael Dweck and Gregory Kershaw, focuses on an eccentric group of old men and their beloved dogs, who hunt for rare truffles and sell them to gourmet chefs. 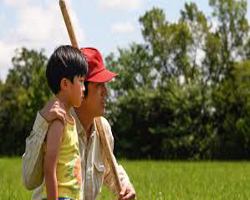 
Minari won the Grand Jury Prize for U.S. Dramatic Film and the U.S. Audience Award too.  Lee Issac Chung’s semi-autobiographical film deals with a Korean American family moving to a farm in Arkansas in the 1980s.

Other notable prizewinners include:

—Boys State won the Grand Jury Prize of U.S. Documentaries.  It depicts a thousand 17-year-old Texan boys meeting to form a government.  Apple TV bought the doc in conjunction with distributor A24.

—Epicentro won the World Cinema Grand Jury Prize: Documentary.  From the Sundance press release: “Cuba is well known as a so-called time capsule. The place where the New World was discovered has become both a romantic vision and a warning. With ongoing global cultural and financial upheavals, large parts of the world could face a similar kind of existence.”

—Yalda, a Night for Forgiveness won the World Cinema Grand Jury Prize: Dramatic.  Maryam accidentally killed her husband and has been sentenced to death.  She could be saved if her daughter-in-law will go on national TV and forgive her.

–-The Earth Is Blue as an Orange won Directing Award: World Cinema Documentary.  From the Sundance press release: “To cope with the daily trauma of living in a war zone, Anna and her children make a film together about their life among surreal surroundings.”

The full list of winners can be found here. 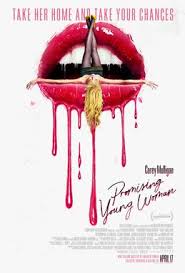 3. Female representation and diversity were on display.


There was plenty of female representation in front of and behind the camera at Sundance this year.

Beandrea July of The Hollywood Reporter noted that movies featuring black main characters moved away from “struggle narratives” of racism and slavery to focus on stories centered on the characters’ inner lives.  These movies include Zola, Bad Hair, and The 40-Year-Old-Version among the following:

–Miss Juneteenth:  A former pageant winner prepares her daughter to take on the title.


—Farewell Amor:  After seventeen years, a family from Angola reunite in America.

—Nine Days:  In a house distant from the reality we know, a reclusive man named Will interviews prospective candidates—personifications of human souls—for the privilege he once had: to be born.  (I really want to see this one!) 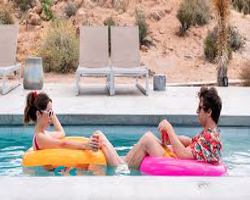 Palm Springs, a comedy starring Andy Samberg, set a new record for the most expensive Sundance deal ever.  Film distributor Neon, along with Hulu, purchased the film for what was initially reported as $17, 500,000.69.  That 69 cents put it over the line, beating Nate Parker’s deal for The Birth of a Nation for $17.5 million in 2016.  The Neon/Hulu deal was later reported to be closer to $22 million, but the initial report was more entertaining.  Palm Springs is about two wedding guests who find themselves unable to escape the wedding, and has been compared to Groundhog Day.


If you’ve been reading closely, you may have already noticed that streaming services were everywhere at Sundance.  From a Netflix documentary opening the festival, to Hulu being part of the highest profile sale.  While sales were down compared to last year’s festival (when Amazon went on a spending spree), the majority of this year’s films were bought by streaming services like Netflix, Apple TV, and HBO Max.

For the most part, theatrical distributors simply can’t compete.  They don’t have as much money to spend as Netflix does.  The situation has its pros and cons.  It’s a definite blow to me and the art house theaters I like to frequent.  They need a steady stream of quality content.  It also means film lovers like myself won’t get to see most of these movies on the big screen, but will end up watching them on a laptop or a tablet instead.

On the plus side, indie films and masterpieces like Marriage Story will be available to a wider audience even sooner.