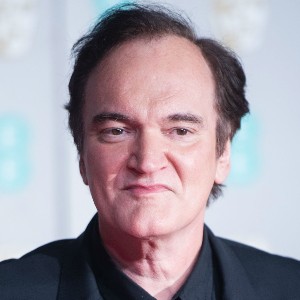 Quentin Tarantino is one of the most prominent and most renowned filmmakers and directors of all time. His movies are often highly anticipated, and they never disappoint because they end up with very high ratings. He is a skilled writer and director who draws from previous movies’ themes and subjects to create a new storyline.

He made his directorial debut in the early 90s and has since made a name for himself for over three decades. He is known for making sinister and unusual criminal films. His movie signature is a long sequence of dialogues with characters observing the most routine object or situation extensively and an aesthetic of violence.

He can repeatedly use themes throughout different projects, with characters, names, objects, time inversions, camera shots, and locations. And all of these mark him out as a distinct and revered writer and director.


According to him, he only makes the kind of movies that he would want to watch himself. It is possible that you have a different idea of how movies should go, and many people are not his fans. However, it is undeniable that he has lots more fans and his works are mostly a success. So how does he do this? Why are his films so successful?

Here are some of the factors that contribute to the outstanding nature of his filmography and have made him a success.

The movie sensibilities of this successful filmmaker were honed during his time at Manhattan Beach, CA, where he worked at a video rental shop. He was doing at the time to go through the first checkout of customers and make recommendations with his feedback. Doing this regularly for several customers allows him to gain two vital affirmations:

This made him confident in himself. He knew he could add his emotional response into his writing and create a screenplay with the confidence that the general public would respond positively.

Quentin has an intermixed sense about what’s good in a movie, but more importantly, is how he looks to challenge conventions in his films. It may be general storytelling or how a social issue is addressed. He does not appear self-important or moralizing, but he is guided by the need to increase the awareness about certain issues in a unique way from other filmmakers while also grating against social critics.

Tarantino likes to create his movies in a way that rebels against the audience’s expectations, even as it is entertaining them. This means that he has autonomy over his movies with the principle that his creative process is prioritized over anything else.

Another critical factor in Tarantino’s films is how he uses music to shape a scene. As a filmmaker, he understands the critical role of music in a movie and uses it effectively. While he doesn’t have the skills that Mozart had during the opera days, he is capable of creating a reversal. In addition, his colossal vinyl collection is often a source of inspiration whenever he is writing the scenes for a movie’s screenplay.

Another unique characteristic of Quentin is how he is able to craft his libretto from the actors themselves. It is impossible to forge an actor’s physicality and intangible charisma through a screenplay. So, Tarantino keeps the actor’s essence in mind as he creates the character and writes the scenes in his script. Although he tries to reduce the need for improvisation to the barest minimum, the actors also occupy and fill out some gaps.

Characterization is so important to Tarantino in the movies that he pays strict attention to it. This is why his characters are etched in the memory of the viewers for an extended period. Django Unchained’s Dr. King Schultz and Pulp Fiction’s Mr. Jules Winnfield are two characters that are almost unforgettable from the respective movies. There’s also Colonel Hans Landa in Inglorious Bastards.

It is not just the way the characters look and talk. He writes the characters with a description that ensures that their movement and actions set them out. He has some new creations, while others are twists from the stereotypical genre characters.

Tarantino also focuses on minutiae, an essential part of hangout movies and the basis for building his characters. Similar to how we go and hang out with friends. The aim is not to visit a particular person but to spend the time out with all your friends. As the adage goes: “the destination is more important than the journey.” Tarantino understands that the soul of a movie is more than trying to go from one point to the other.

He does not just write the scripts; he also directs the movies. You may argue about whether or not he is the best or most gifted director. However, you can’t fault that he has the clearest idea of what he wants or needs to be shot on his set. So, he has absolute control of the movie’s visual realization.

Quentin Tarantino stands out because he is the one who wrote the scene and will piece it together with the actors and music that inspired it and controls the scene’s visual realization. It also means he is able to control the emotional strings that his movies have over the audience.

There is no doubt that Quentin Tarantino is one of the greatest moviemakers ever. He makes his movies differently and is capable of getting any emotions he desires from his audience. This is why his films have been so successful to date. Some other factors that contribute to this success are discussed in this article.

Thomas Jackson is a professional freelance content writer providing essay content for essay writing service UK, research paper writing service UK, and essay writers in Australia. He is also an active member of several writing clubs in New York and has written several songs since childhood. In addition, he gets inspiration from the live concerts he does in front of close friends and family members.