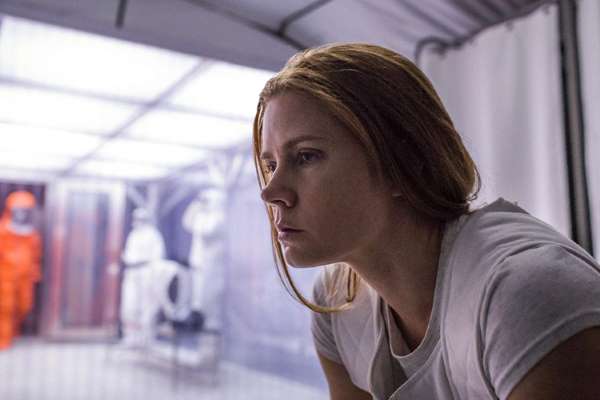 Science fiction has long been dominated by male protagonists to placate the mostly male audience. But times are a changin’. Some of the most outstanding science fiction of the 2010s featured women as either the protagonist or equal partners alongside a male counterpart. Spoilers ahead for these 2010 films.

Let’s start with what I think is the very best science fiction movie of the decade: Arrival. Amy Adams plays Professor Louise Banks in this cerebral exploration of language and time. In no other genre than science fiction could a professor of linguistics, male or female, play the protagonist of a story.

The protagonist in Arrival is patient, smart, thoughtful. Let’s face it, those are qualities more associated with women than men. She doesn’t rush to conclusions; she doesn’t approach the problem to be solved with pre conceptions; and in the end, she doesn’t resort to violence — but contrarily, uses her intellect to avoid violence.

In short, she doesn’t try to be a woman in a man’s role.

That said, I think the best display of Professor Bank’s qualities is when her counterpart, Professor Ian Donnelly — played by Jeremy Renner — makes a crucial discovery that helps solve the translation puzzle. Bank’s doesn’t show any signs of resistance to a new idea; nor does she resist an idea that isn’t her own; she even recognizes Ian discovered something before he tells her, and is genuinely excited at the prospect.

If the genders had been switched between Amy Adams and Jeremy Renner, and it was the female, Professor Banks, who discovered the key that unravels the puzzle, then this is the part of the story where the female would have to do something heroic just so her idea could be recognized by the male.

I’m not just saying this to be critical of men. When trying to solve a problem I can absolutely recognize the tendency to resist changing direction. Sometimes there’s a feeling of mental momentum that builds up, and trying to stop it and change course requires effort. (Picture cartoon here of man driving, not knowing where he is or where he’s going, but stubbornly determined to continue driving, while ignoring the input of the woman in the passenger’s seat with a map.)

Arrival also brilliantly explores how a woman, Louis, can handle making the fantastically painful choice to have a child she knows will die young. Yet, before her child dies, they will have love and memories to last a lifetime. Ian, her husband, leaves her, because he isn’t strong enough to handle the emotional pain Louis embraces.

I don’t want to suggest women have always taken a back seat to men as protagonists in science fiction. Linda Hamilton, as Sarah Connor in Terminator, and Sigourney Weaver, as Ellen Ripley in Aliens, have played powerful women protagonists, as have many other women in science fiction. However, those characters lean heavily on women thrust into traditionally masculine roles: violence.

The real beauty of Arrival is that a female character, in a military setting, uses her intellect to avoid violence.

I know what you’re thinking: Colossal? I’ve never heard of it.

I know, right? I was right there with you until a few months ago. Colossal was in and out of theaters without so much as a “boo.” It couldn’t have been a wide release movie or we would have done Peetimes for it.

Yet here we are. Colossal is one of those movies I love telling people to watch. Don’t look for the trailer on YouTube; don’t look it up on IMDb; just try your best to watch it without knowing anything at all about it and enjoy.

It’s on my list here of great science fiction movies of the past decade, so you already have a hint, but I guarantee you, you won’t see it coming.

Anne Hathaway and Jason Sudeikis are both fantastic in their roles — but I’m not going to say anything more than that. You’ll understand when you see it.

What makes Lucy so enjoyable is Scarlett Johansson’s performance. Going from a directionless young woman to, basically, a god, in the span of a day.

This is one of my all time favorite science fiction movies, and among the best of the Groundhog genre. Tom Cruise and Emily Blunt co-star in this movie. However, when the backstory is considered, it’s Emily Blunt’s character, Rita, who is the hero. She’s the one who went through the temporal loop first and figured it out. And she’s the one who mentors Tom Cruise’s initially cowardly character, Private Cage. It only looks like Tom Cruise is the main character because of the point of view the story is told from.

Okay, they can be co-heroes. But still, Rita is the one who saves the day, twice. 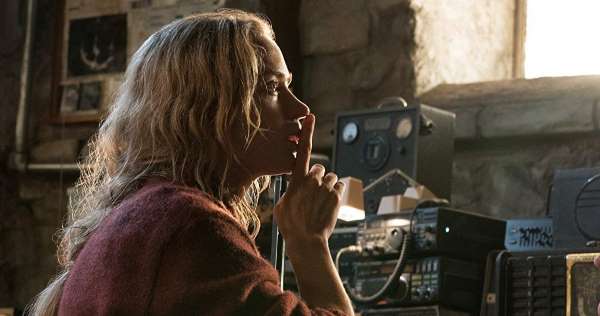 As long as we’re talking about Emily Blunt, let’s not forget how outstanding her performance was in A Quiet Place. Her character, Evelyn Abbott, wasn’t the hero of the story. Akin to Signs, every member of the family was the hero. 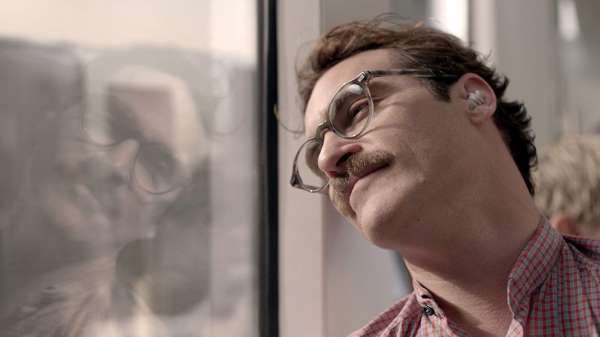 Yeah, yeah, I know this is a stretch. Joaquin Phoenix is the protagonist. But this is my list and I’m going to argue it’s merits for inclusion. It’s science fiction at it’s best and it explores (soon to be) very real experience that millions, perhaps billions, of humans will encounter: what to do when we fall in love with an artificial intelligence (AI).

I have to start by saying how masterfully Scarlett Johansson voices Samantha — the AI. I would fall in love with my Google Voice too if it had Scarlett’s voice. There’s no doubt that Joaquin Phoenix is a generational talent. However, his performance would have felt contrived if the AI he falls in love with didn’t do such a great job communicating the nuances of emotions through voice alone.

Aside: Have you ever noticed how rare it is that a woman narrates a documentary? It seems like the choices are Morgan Freeman, Neil Degrasse Tyson,  Richard Attenborough, or any other man with a British accent. I can’t even think of a scientific documentary that’s voiced by a woman. But would someone please put Scarlett Johansson to work narrating? Her voice soothes like freshly baked bread slathered in butter. I could listen to it all day.

Maybe you think the inclusion Ex Machina is a bigger stretch to add to this list than Her. Granted there are no women in this movie: just two men and two AI/robots: Ava and the speechless Kyoko. While the AI have the shape of female figures — for less than research purposes — the AI use those shapes, and the effect they have on the two men, to their advantage.

When you think about it, it’s really quite brilliant. The AI Ava uses everything it knows of women and men as tools to plan her escape. She manipulates both men with such subtlety that Caleb believes he has successfully thwarted her plan only to find out that was actually part of her ultimate plan.

We could be here all day talking about the nuances of what this implies, but I think the big takeaway here is that each person’s deep seated values around gender attributes is something that other humans, and soon AI, can use to manipulate us. We all know this is true because no demographic is more easily manipulated than young men by sexy women. Want to sell more of anything? Just picture a sexy woman holding your product, or better yet, draped over it, and sales will increase. You think that won’t be the first thing AI recognize and use to their own advantage as soon as they have the will to do so?

I don’t consider superhero movies to be science fiction, however I must give a nod to the addition of Captain Marvel in the MCU.

I’m personally not a fan of Brie Larson in the titular role. I think Blake Lively would have been a better choice, but be that as it may, introducing a powerful female superhero is important for the growth of not only the MCU franchise, but also our culture. It saddens me that grown men reacted to Brie Larson with such animosity over her stance on women’s rights. But at the very least, this exposes a problem that these men need to work toward getting over, because we’re not going back to the culture they crave of women beholden to men to give them value.

At the same time that Captain Marvel is being heralded as the new age of powerful women in superhero films, we already had one in Natasha Romanoff / Black Widow. Natasha’s sacrifice was every bit as crucial to the resolution of Avengers: Endgame as was Iron Man’s. Yet, I don’t see in-universe acknowledgement in the same way. I really hope that during Phase IV of the MCU there are reminders that Iron Man wasn’t the only one to make the ultimate sacrifice to defeat Thanos.

Lastly, I do not remotely consider Star Wars to be science fiction. However, if you ask me, the only good thing about the Star Wars trilogy of 2010s was the female protagonist. I wrote a lengthy article about how women rated Star Wars: The Rise of Skywalker higher than men. And in particular, women under 20 had the highest rating of any age group for either gender.

Way back in the 1960s, the television series Star Trek broke new ground in creating an all inclusive cast, while still pandering to white entitlement. There’s little doubt that if Captain Kirk were in the captain’s chair today he’d probably face multiple counts of sexual harassment. But, at least there was an African-American female bridge officer, along with Asian and Russian men.

It’s clear that the future of all movie franchises will lean heavily on not only creating a balance between male and female protagonists but also reaching a balance in races and sexual orientations. Marvel has already announced that there will be multiple characters added in Phase IV and beyond who are on the LGBTQ spectrum.

We’ve come a long way as a culture, but clearly we’re not “there,” yet — and who even knows what “there” even looks like.