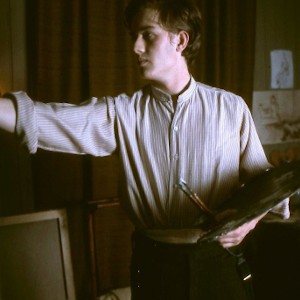 Making a list of the top ten best movies about art and artists is a bit like Inception with Leonardo DiCaprio. We’re going to be talking about artists creating an art piece about other artists.

There could be infinite criteria for selecting a rather vague description of the “best” motion pictures. Considering that the first recorded film was a silent short in 1888 called Roundhay Garden Scene by Louis Le Prince, this list isn’t even near exhaustive. We’d also need some serious academic writing help to get through all of them.

Nonetheless, we’ll focus on classics of the past century and present, where the subject matter is art and artists. The primary benchmark for selection is relatively intuitive. We choose iconic movies that permeated through the public consciousness. In other words, must-see flicks – let’s take a look!

Camille Rosalie Claudel (1864 – 1943 ) was a female French sculptor famous for her bronze and marble artwork. The dramatic movie tells the story of her mental asylum confinement in the South of France. Although it’s not biographical, the motion picture captures the intricacies of a talented artist coping with captivity and separation from art. Theatrical in nature, emotional messages are delivered through powerful monologues and superb cinematic closeups.

Joseph Mallord William Turner (1775 – 1851) was an English Romantic painter known for his expressionistic landscapes of luminous and abstract features. The movie captures the eccentric artist throughout his life in Britain. The film mainly describes his life, relationships, and various artistic endeavors, such as when he strapped himself to a ship to paint a snowstorm up close.

This indie movie is about a teen artist in 1970’s San Francisco. In an age where experimentalism flourishes, the protagonist finds herself in a relationship with her mother’s boyfriend. Minnie, the main character, struggles to grow in the middle of 70’s counterculture Americana. Mainly because she’s surrounded by equally immature, egotistical, and unprincipled adults. Although somewhat fragmented, the story has excellent acting and cinematography.

Jean-Michel Basquiat (1960 – 1988) was a graffiti artist and American neo-expressionist of Haitian and Puerto Rican background. The story tells the struggle of a world-renowned New York street artist dealing with drug addiction. Basquiat lived in a cardboard box on the streets of Thomkins Square Park. He turns out to be incredibly talented and starts working with the likes of Andy Warhol. Basquiat becomes famous in no time and battles to find his identity.

A Vatican’s cardinal office informs a renowned painter that his mother may become a saint. Ernesto, an atheist artist, is shocked by this canonization offer, which he considers inappropriate. Her mother was killed by her insane son, Edgio, while sleeping, thus inadequate for martyrdom. However, her family changes the story to fit the narrative. From his perspective, Ernesto tells the story of a battle of wills between family members and highlights the intruding nature of modern Catholicism.

The main character, Tony Takitani, had a solitary childhood and was ridiculed for his Western name. Although talented as a drawing artist, his sketches lacked emotion. So, he became a technical illustrator as an adult. The real story starts when Toni finds love in a young woman. His life finally turns bright and manages to normalize his existence. However, his love, Eiko Konuma, has one flaw, she’s a designer fashion shopaholic.

This movie is one of the finest portrayals of the tumultuous life of Vincent van Gogh (1853 – 1890). It’s the story of his artistic genius and passion for painting. The movie highlights his mental illness and rather unhappy life. A series of failures have also marked Vincent’s life: his letdown as a preacher, unsuccessful relationships, and even disastrous attempts at selling his artworks. Few people get along with Vincent, one of which was his brother, Theo.

Frida Kahlo de Rivera (1907 – 1950) was a Mexican painter famous for her surrealist self-portraits. The autobiographical movie shows the troubled life of Frida, marked by suffering from a crippling accident. Her complicated relationship with her husband is eclipsed by a controversial affair with exiled communist leader Leon Trotsky. Frida marvelously depicts her political and cultural activism.

Andrei Rublev was a Russian Orthodox painter of icons and frescos born in 1360 and died in 1427 – 1430. The outstanding movie depicts a chaotic 15th century Russia packed with rivalries and violence between local barons and Tartar raids.

Edvard Munch (1863 – 1944) was a Norwegian expressionist and controversial artist. Death and suffering have marked his life from an early age. Edvard was also involved with nihilist anarchist Hans Jaeger. This almost perfect drama-documentary is representative of one of his most famous paintings, “The Scream.”

Pain and sorrow seem to distinguish most artists in their search for fulfillment. The list above isn’t as systematic as some of the articles written by specialized websites like film.com, bestessays.com or rottentomatoes.com. However, most critics would agree that the mentioned movies are some of the best and iconic productions. Enjoy!

Justin is a blogger from Leicester, England, UK. When not teaching his little students and rooting for Leicester FC, he loves to share his thoughts and opinions about education, writing for bestessays.com and academic writing help.