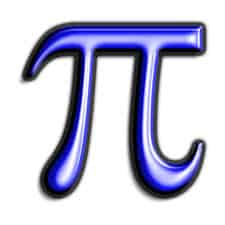 Mid-march, three unusual holidays rear their heads for movie rewatch fun: Pi Day, The Ides of March, and St Patrick’s Day. It all starts on March 13 with Pi Day. That’s the 14th day of the third month: 3.14. If you pay enough attention, you can even celebrate Pi Minutes and Pi Seconds. (1:59:26 comes around the clock twice, unless you use Military Time.)

If you scroll down, you’ll see every Pi and math movie we consider crucial for your home entertainment curriculum. But first, you have to understand what Pi is, then prepare some actual pies for feasting. On Pi Day, both sweet and savory pies count. More on that soon.

Do you know what Pi is?

This is a big topic. You can start by thinking about Pi as the ratio of a circle’s circumference, related to its diameter. Do you consider yourself smart? Apparently you can spend the rest of your life digging into the mysteries of this transcendental,  irrational number. (WIRED gives it a relatively simple whack, while the Wikipedia offers more Pi detail than most people actually want.)


Feast with Pies on Pi Day

Whatever your feelings about Pi, math, and advanced mathematics, I’ve long considered March 13 Pi Day. It’s a holiday that’s picking up more pop-culture steam every year.  For decades, my husband and I used to rewatch a classic math movie each year, feasting on Chicken Pot Pie, Pumpkin Pie, or sometimes Pizza Pie.  Even a Calzone or Omelette is a pie, albeit half of one.  We’d use fractions to eat them, as one does with flat, round food. 🙂 Make a meal with lots of circular edibles. Maybe Pita Bread. Be creative.

Announce the fractions you cut from the whole. Eat like math is your passion for one day a year!

We celebrated Pi Day this way because we’re geeks. RunPee loves weird holidays where you can watch movies, dress for the occasion, and plan an appropriately themed meal.

So. Pull on your geekiest science tee shirt and pick something from this list of great Pi adjacent films.

It’s a good idea to phone your favorite ‘pie’ place and ask for the Pi Day Special: it’s fun to spread the word, and many places will give you an off the menu deal just for choosing them for your Pi needs. At the very least, you might encourage them to make a Pi Deal for next March.

Here’s RunPee’s list of favorite math, Pi, and pie movies for Pi Day, in no particular order, with release dates, and a few thoughts to help you select the perfect film to celebrate an irrational number.

Linked titles go to RunPee’s own movie reviews, where we have them. Eventually, we’ll review them all. It’s an easier task than calculating the exact value of Pi.

I just watched this and realized it’s okay if I wasn’t able to follow everything along.

Don’t worry if you hate numbers.  Lock yourself alone in the bedroom with a warm apple pie, and try out just how good it feels. Or, less weirdly, rewatch one of the movies in the American Pie franchise with friends, compare Band Camp Stories, and laugh again at the awkwardness of being young and inexperienced. Beware: this scene is suggestive, and is clearly intended to be. You can’t unsee it. It’s the PIE scene. On Pi Day. Have fun.

Quick question: How many numbers in a string can you list for Pi? Write them out in the comments below, and no cheating! Surely there must be some out-of-the-closet geeks out there.

Just below: a brilliant Pi video for those of you who are too smart for Pi itself. Just peruse this movie list on Tau Day, and you’ll be set.

Super Pi Geeks Argue About how Tau is Better…