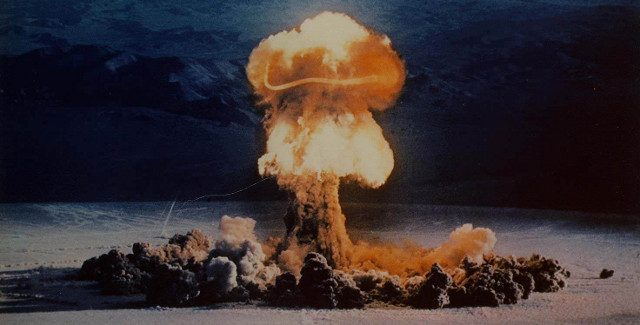 No one wants to get caught with their pants down in the middle of an apocalypse. Here is a region-by-region breakdown of the disaster you can expect and best times to take care of important biological necessities. For most of you it will be your last Peetime. Make it count!

New Zealand
If you live on the North Island you should RunPee between 6:00 and 6:30 PM, right before Smaug awakens. After that you should find the nearest deep dark hole and crawl in. The problem is that all the deep dark holes will be filled with orcs and balrogs. It’s going to be a long night. Or more likely a short one for most of you Kiwis.

If you’re on the South Island you have a few extra hours to enjoy life until Smaug makes his way to you.


United States – Los Angeles
The Space Shuttle Endeavor, now located at the California Science Center downtown, is scheduled to fly a select few celebrities to the International Space Station at 11:00 AM.  If you are one of the privileged few please be sure to run and pee before 10:00 AM, as peeing is its own “endeavor” in space. ( Reminder to Lindsay Lohan, you are NOT on the list, please stop insisting you are. )

Nearby, at the Staples Center, the Lakers, Clippers and Sparks can safely pee between noon and 3:00 PM, as zombies will be devouring numerous Dodger-dogs along with the actual Dodger players during this time. If you are being chased by Dwight Howard Zombie then you should seek shelter at the nearest free-throw line because even as a zombie DH12 will be too frightened to come near that area.

The zombie outbreak will begin at LAX in the early morning hours and proceed to spread up and down the coast. Those in the San Fernando Valley should be safe from the zombie outbreak because anyone from the coastal areas of LA who is turned into a zombie would consider it extremely poor taste to eat people in the Inland Empire.

The zombie hoard will be in full force by mid day. If you need to pee afterward you should wait until 4:00 – 6:00 PM as most zombies will be caught in traffic on the 405.

[ Special thanks to Shanee Edwards, freelance screenwriter and movie reviewer for SheKnows.com ]

Fox TV Studios, Century City, Los Angeles ( You have to be a *Firefly* fan to get this. )
All the CEOs at Fox TV Studios should barricade themselves in the executive restrooms. It won’t do any good but at least you’ll have a place to pee until the Reavers break through and rape you to death, eat your flesh, and sew your skins into their clothing. And if you’re very, very, lucky, they’ll do it in that order.

United States – Washington DC
At 2:15 PM Eastern Time every lobbyist will spontaneously shed their external human appearance and you will be able to see their true form: large slimy creatures oozing a fetid smelling green puss from every orifice. The good news is that the aliens will be recalled to their home planet immediately after revealing their true form. Every politician should make sure they run and pee before the reveal because once the lobbyist/aliens are gone you won’t be left with a pot to piss in.

United States – Middle America
The Yellowstone super-volcano will erupt at 9:19 AM local time. Everyone in middle America should seek shelter in a sturdy building and wait for the shock-wave to pass. Once that happens you’ll have plenty of time to run and pee before you’re under 20 feet of ash and unable to open the front door.

Australia
You know all those amazingly poisonous snakes and spiders in Australia? Sorry to be the one to tell you this but Friday afternoon around 4:30 PM ( Sydney time ) they will all suddenly mutate and become about 100-times bigger. You should make sure you run and pee before 4:30 because after that the running part won’t be a problem but stopping to pee will be.

Japan
Godzilla will emerge from Tokyo Bay around 3:15 PM local time. You probably already know the drill. Make sure you run and pee before he arrives in your area. Remember to avoid skyscrapers, power plants and especially elevated trains. Apparently a train full of people is like a cream filled Twinkie to Godzilla.

Western Europe
The Large Hadron Collider collapses into a singularity taking all of Western Europe with it at 9:41 AM. There’s no point in bothering to run and pee beforehand. You’re bladder is going to be infinitely small and infinitely dense either way.

Mexico
Rival drug gangs will ravish the cities and countryside. In other words it’s another average day. You should already know the typical schedule of gunfights in your area so make use of that knowledge to find your own best peetimes.

Africa
You’ve suffered enough. You don’t get the apocalypse.

There are no extra scenes at the end of the apocalypse.