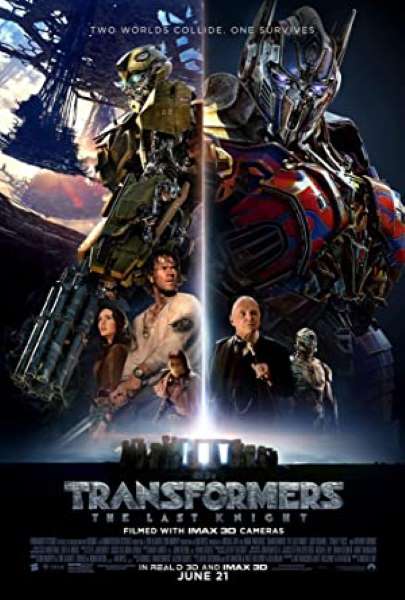 I love me some good old action-filled, giant robot bashing, planet crushing movies as much as anyone, but this a real yawner.

There was nothing new to see in the fight scenes with the bots. There are a bunch of characters that we are told we should care about, but don’t. The first hour of the movie cuts back and forth between too many plot lines, and never really settles down to tell a coherent story.

I know this is going to fall on deaf ears, but I wish Michael Bay would embrace the idea of telling smaller stories, just every now and then. Does every story have to trump the previous one in the threat to the planet Earth? I’m sure Bay would say, “Yes,” but for once couldn’t we have a small story? Just a few Transformers, or even one, with something that builds some character. Take the little orphan girl and her bff Transformer that was “all the family she ever had.” That could have made a great movie. Just a little orphan girl and a Transformer, bonding and having adventures. But all Michael Bay knows how to do is make overly contrived action epics. Such a shame. There are so many interesting stories that could be told that would enhance these action epics.


I just wish this franchise could transform into something worth watching.

About The Peetimes: I would recommend that you use the 2nd or 3rd Peetime. The first is short and has a fair bit of detail.

There are extra scenes during, or after, the end credits of Transformers: The Last Knight. (What we mean by Anything Extra.)

Is Bumblebee a prequel or a reboot?

chevron_left Movie Review – Everything, Everything
Is there anything extra during the end credits of Spider-Man: Homecoming? chevron_right