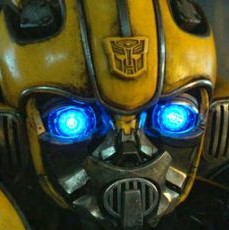 Prequel or reboot. Or, soft-reboot — whatever that is.  Just where does Bumblebee fit in the Transformers universe?

Officially, Bumblebee is a prequel, set in 1987. But when you watch the movie you better wear your best retcon glasses, because there’s a lot that just can’t fit with the story we already know. For instance: in the first 2007 Transformers, Sector 7 discovers the existence of Transformers (from the Beagle 2 Rover camera footage three years earlier). So, there’s that. And obviously, there’s no reference to Bumblebee’s 20 years of experience here on Earth.

[pullquote]The news is that Paramount and Hasbro would like to build a shared cinematic universe around Transformers, G.I. Joe, and maybe even pull in the Micronauts and Visionaries.[/pullquote]
-----Content continues below------


This is an ongoing issue that all franchises face. It’s very easy for them to collapse under their own limitations. I’m not sure why anyone is even debating the issue. It isn’t like all the Transformer movies up to now aren’t already forgettable.  Just sweep them under the rug and start over.

All of the previous Transformer movies clearly tried to be gigantic ensemble high-stakes epics. (That’s what Michael Bay does.) [pullquote position=”right”]What Marvel taught us is it’s best to lead up to that ensemble epic with a few stories that build the foundation first.[/pullquote]

Maybe they are taking the same approach with Bumblebee, to start small and build up to an epic. We’re on-board.