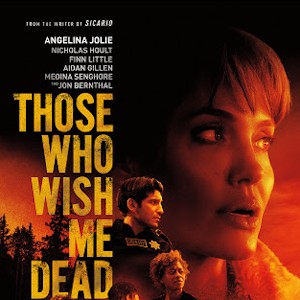 Have you ever had your friend tell you a story that they were excited about but sounds bland to you and they end with, “I don’t do it justice, it’s better if you were there”? This is that kind of movie.

Plot (Spoilers)
A teenage murder witness finds himself pursued by twin assassins in the Montana wilderness with a survival expert tasked with protecting him — and a forest fire threatening to consume them all.

It’s not bad — it’s just bland. You will experience touching moments here and there while watching the movie. Mostly involving the boy Connor. But afterward, you realize that’s because the young actress did a great job, and a child in that situation hits everyone’s soft spot. It’s not like you know the characters well enough to feel something deeper for them. And that’s the main problem with this movie.


I can only assume the director didn’t care about building the characters. Why? The only main character in this movie that has a background story is Angelina Jolie’s character Hannah, and it’s the same bit of flashback being played over and over. They just didn’t bother.

All that being said, it’s not a bad movie either. What brings it back to “average” is the good acting from everyone. Just look at the cast — there’s no denying that all of them are good actors. (Yes, including Nicholas Hoult.) Especially Finn Little, who plays the boy Connor. Everyone played a role they were used to playing. The tough woman played by Angelina Jolie, the ruthless bad guy played by Aidan Gillen, and the upright deputy sheriff played by Jon Berntha… You get the point. Again, not bad, just bland.

I can’t recommend it if you are on the fence about going to the theater in the first place. But if you just want to enjoy an average movie in that genre, at least it doesn’t drag out.

About The Peetimes: I found 3 Peetimes for this movie. The 2nd one is an Alert Peetime that has scenes where a pregnant woman is in distress. I Recommend the last one — it’s nice and long and you can come back to enjoy the climax.

There are no extra scenes during, or after, the end credits of Those Who Wish Me Dead. (What we mean by Anything Extra.)