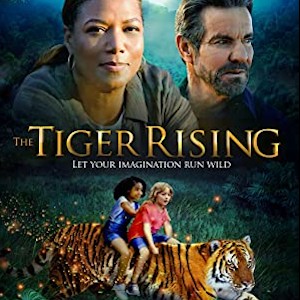 Before I went to see The Tiger Rising I read a few reviews. The very first one I read stated, and I quote, “This movie is so bad I fell asleep and my six year old wanted to leave.” So my husband, my nine-year-old granddaughter, and I were front and center — and I was prepared to see a bad movie.

What played out in front of me was a masterpiece full of truths and sadness.

In my opinion, the sheer genius of it was the actors and what they brought to life on screen. Queen Latifah, as the wise housekeeper, was a joy to watch. Her knowledge and lessons taught were flawlessly portrayed. Christian Convery, who played Rob Horton, was the most adorable little guy I’ve seen in ages. His sadness was palpable.


My favorite performance was given by none other than Dennis Quaid. His character, Beauchamp, was the owner of the Kentucky Star Motel, which is where little Rob and his father live. He plays the terrible boss/owner of the seedy motel and is supposed to be despised for his behavior, but Quaid made the jerk hilarious. His face, body movements, and downright goofiness were scene-stealers.

My mother-in-law recently passed away. She lived with us, so my granddaughter was very much attached to her great-grandmother. We were all present when she passed and it left my little granddaughter grief-stricken. She has been dealing with those emotions, which is what The Tiger Rising is all about.

If your family has recently lost someone and are having troubles dealing with it, see this movie. It may give you some enlightenment that you really need.

I feel like children over seven years old could understand the message given. Younger than that and I think it would go over their heads.

Spoiler/Warning
My one trgger warning is towards the end of the movie — the tiger is shot and dies. My granddaughter freaked out and cried during the rest of the movie. It was a poignant scene and the movie needed that shock to deliver the bigger picture.

About The Peetimes: There are so many metaphoric scenes and substories that trying to avoid you missing the flow of the movie I chose only 1 Peetime. This one was easy to sum up and gets you back into your seat before the build-up of the surprise ending happens.

There are no extra scenes during, or after, the end credits of The Tiger Rising. (What we mean by Anything Extra.)

Plot
A young boy discovers a caged tiger in the woods near his home.

chevron_left Best Movies about Magic now streaming on Netflix
Is there anything extra during the end credits of The Tiger Rising? chevron_right