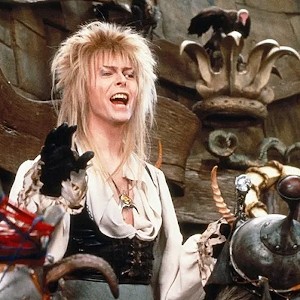 The only thing more amazing than movie magic is when movies are actually about magic. Whether it’s the sight of flight or exploration of a world with otherworldly creatures, there are many movies to choose from when it comes to the topic. Here are five films to consider catching on Netflix if you want to feel that wondrous exuberance of escapism via the time-tested appeal of the fantasy genre.

Books are literally magical in this classic coming-of-age fantasy tale. The boy Bastian finds himself hiding out in a bookstore and indulging in the book The Neverending Story. He becomes so enraptured with the world of Fantasia that he starts to see it more as a real place, filled with great magic and darkness. It’s a wondrous adventure of young heroes saving kingdoms and riding the furry Falkor.

Jim Henson went beyond Sesame Street and Muppets to deliver this iconic fantasy classic. When the teenager Sarah (Jennifer Connelly) finds herself annoyed with babysitting, she makes a wish for her baby brother to disappear. With her brother swept away to a fantastical land of creatures big and small, Sarah must face such unpredictable creatures and traps. She must also best the Goblin King, played with exceptional thrill by a singing David Bowie in one of his more popular roles. Henson’s elaborate puppets are quite a draw but there are also the amazing sequences of Bowie defying reality with magical spells as he attempts to manipulate Sarah. Good lucking getting the song “Dance, Magic, Dance” out of your head since that’s one heck of an earworm sung by Bowie.

Rise of the Guardians

Dreamworks’s Rise of the Guardians is animated fantasy for all seasons. The film follows the adventures of imaginary childhood heroes such as Santa Claus, the Easter Bunny, the Sandman, and the tooth fairy. The latest additions to their ranks is Jack Frost, a boy with the magical abilities to bring snow and cold to children across the world. He also has a lost memory that may need to be uncovered if they hope to stop the evil Boogeyman from wiping out childhood wonderment.

The story of Peter Pan is given a more modern appeal in Steven Spielberg’s Hook. Pan has shirked Neverland to become a white-collar adult but must believe in magic again if he hopes to save his children from Captain Hook. He’ll gain some help from the fairy Tinkerbell and the rebellious Lost Boys to recapture his innocence and learn to believe in magic again. As with most Spielberg kids movies, this is a fantastically thrilling adventure where people can fly with the help of some fairy dust and happy thoughts.

Taking place in a fantasy realm, Tristan aims to win the heart of his crust by going on an adventure to find a fallen stars. While he was expecting to find to find a rock, what he found was a woman. And that woman happens to have powers that are desired by a king for the promise of eternal youth. Directed by Matthew Vaughn (Kick-Ass), this is a charming picture of astounding fantasy based on the novel by Neil Gaiman.

Based on the book by Roald Dahl, the BFG finds the girl Sophie discovering that giants are real. Though some of them eat people, one of them is a friendly giant who makes fast friends with Sophie. With a little help, the giant may even be able to stand up to the taller bullies of his kin. This lost-world fantasy comes from director Steven Spielberg with a screenplay by the late Melissa Mathison (E.T.).

These were all movies about magic, if you are specifcally looking for witchcraft and witches you should check out these witches movies streaming on Netflix, Hulu & More. From horror flicks to children’s movies.