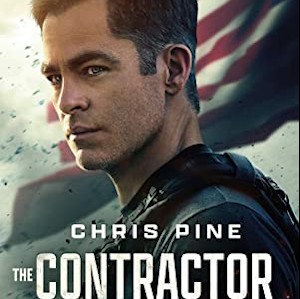 The Contractor was pleasantly surprising. Going into the theater last night I didn’t know anything about the movie. I hadn’t seen a trailer or heard anything about it so I had no expectations. I’m happy to report that it was overall, pretty decent. Not great but it didn’t suck. I can break it down into two reasons for my grade.

First, the negative. The beginning of the movie was a bit choppy and not enough backstory was given. There were a lot of assumptions made. Also, James’s (Chris Pine) whole motivation was his family. I didn’t see any chemistry between him and his wife. I felt the love for his son but not so much the wife. The movie makes us assume they are totally in love with each other. I didn’t really like his wife. They could have done better there.


Next, the positive. I loved James. Chris Pine did a great job with this role. He has a lot of baggage that he’s holding onto but he never gives up. He was a determined man that did what needed to be done.

My favorite positive is the message they were sending out in a passive-aggressive way. Our government and military…I’m looking for the right word here…hmm, shady. They are shady, that describes them fairly well without throwing myself at the mercy of the FBI for trash-talking the executive branch of this fine country. Everyone has their own personal agenda and they all take steps to achieve those goals, not giving a damn who they step on to do it.

Overall, I’ll recommend this one. Sit back and simply enjoy watching one man take down an entire government operation. Fun stuff.

About The Peetimes: I found 2 solid Peetimes. Both were very easy to recap. My warning is to try and not leave the theater again. It’s about an hour into the movie when things start getting intense.

There are no extra scenes during, or after, the end credits of The Contractor.

Plot
After being involuntarily discharged from the U.S. Special Forces, James Harper (Pine) decides to support his family by joining a private contracting organization alongside his best friend (Foster) and under the command of a fellow veteran (Sutherland). Overseas on a covert mission, Harper must evade those trying to kill him while making his way back home.

chevron_left Movie Review – Morbius
Is there anything extra during the end credits of The Contractor? chevron_right