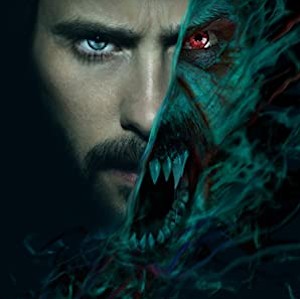 Morbius is an old-school superhero movie. And I don’t mean that in a good way. It’s entirely unimaginative. There wasn’t a single aspect of this movie that impressed. If this movie had come out 25 years ago then we could have at least been impressed with the special effects, but by today’s standards, it was just, meh.

What more do you need to know?

If you want to read more Morbius bashing then read on, but there will be spoilers.

The central plot of the movie, which revolves around Morbius and Milo, feels like it was lifted from the first chapter of How to Write Superheros For Dummies book. The antagonist isn’t someone we feel the slightest bit of sympathy for. The final battle felt rushed and incomplete. Like, that’s it? It was that easy?


The romantic side story was a complete waste of time. It seemed like they were going for a platonic relationship between Morbius and Martine until the second half of the movie and then changed their minds. What’s unfortunate is that there was plenty of potential to add some real meaningful depth to the movie and the romance if it were done correctly.

I have to say that Jared Leto did an admirable job, but he could only take an uninspired script so far. A great script can turn average actors into award winners, but great actors can’t salvage a poorly written script. I hate to single people out for poor work, but two of the writers on this movie are Matt Sazama, and Burk Sharpless. Both have worked together on four previous movies: Gods of Egypt (5.4 at IMDb), Power Rangers (5.9), The Last Witch Hunter (5.9), and Dracula Untold (6.2). With that track record how exactly do you get picked to write the script for something like Morbius, which currently has a 4.8 rating at IMDb. At some point don’t you have to, you know, have success in order to get promoted?

I guess on the bright side, Morbius makes DC look better.

About The Peetimes: We have three good Peetimes to choose from where you won’t miss any action.

There are extra scenes during, or after, the end credits of Morbius.

Plot
Dangerously ill with a rare blood disorder, and determined to save others suffering his same fate, Dr. Morbius attempts a desperate gamble. What at first appears to be a radical success soon reveals itself to be a remedy potentially worse than the disease.[/su_spoiler]

chevron_left Is there anything extra during the end credits of Morbius?
Movie Review – The Contractor chevron_right