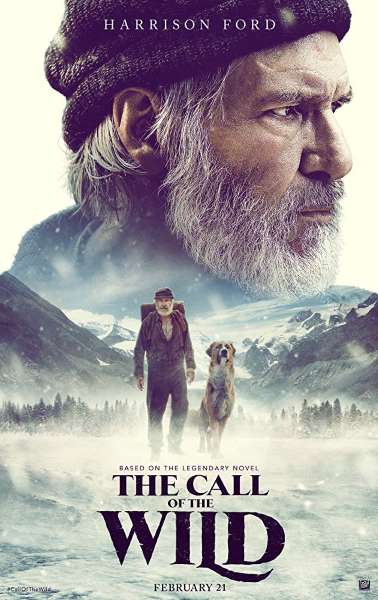 Call of the Wild maintains the spirit of the story from the original book — by the same name — while making necessary changes so that this movie version will be more palatable for youngsters.

If anyone tried to make this movie perfectly loyal to the original story, no parent would dare let their young children see it.


Personal aside: I know this sounds odd, but given the role Harrison Ford played in this movie, and the tragic death just last month of Kobe Bryant, I’m reminded that the stars we cherish won’t around forever. I hope Harrison Ford makes a dozen more movies, but if this were to be his last one, it would be a good one. I think that more than anything earns this movie an A.

I think kids will enjoy Call of the Wild. There was a large group of kids in the theater with me and they all seemed captivated — and then proceeded to play tag while the credits rolled.

The only thing I would criticize is that I think they over anthropomorphised Buck. I think they did this to make the movie more appealing to children, but the expressions they gave Buck just went a little too far sometimes.

About The Peetimes: I would recommend the last Peetime. It’s almost entirely a traveling montage. You won’t miss anything important. It was hard to find good Peetimes early on. There’s a lot happening that you have to see. I made the first Peetime an emergency but if you need an early Peetime it will work well because the important stuff doesn’t happen until after the Peetime ends.

There are no extra scenes during, or after, the end credits of The Call of the Wild. (What we mean by Anything Extra.)

Is there anything extra during the end credits of The Call of the Wild?

chevron_left Is there anything extra during the end credits of Brahms: The Boy II?
A Brief History of The Invisible Man chevron_right