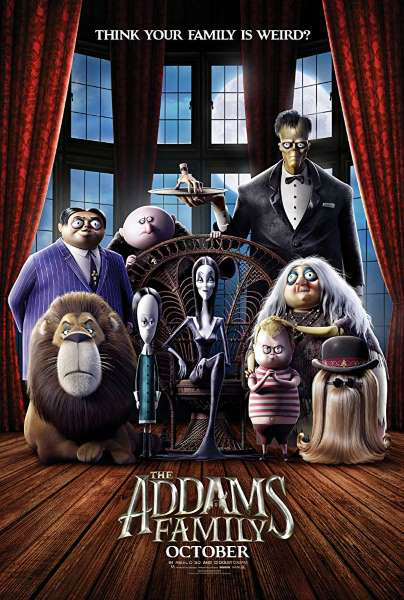 Most of my followers know that when reviewing an animated movie, I rate it according to the response of the target audience.

Having taken my six year old great granddaughter to see The Addams Family tonight, I can report that I’ve reached out to the target audience, and she reported to me that it deserves an A, and also a million ‘likes’. There was plenty of young laughter from the audience, and even a little older laughter.

What is my own personal review of this film? I did laugh out loud a few times and chuckled a few times, but my personal joy was seeing how my great granddaughter responded, and all the other kiddies in the audience. That’s enough for me.


The Addams Family first appeared on television when I was a sophomore in high school. I thought it was funny then, and I still think it’s funny even today.

About The Peetimes: This was a very short movie which really only needed one Peetime. However, I included an emergency break only 10 minutes before the end in case the tiny bladders can’t hold it for one more minute.

There are extra scenes during, or after, the end credits of The Addams Family. (What we mean by Anything Extra.)

chevron_left What are the Rules for Zombieland?
Movie Review – Gemini Man chevron_right