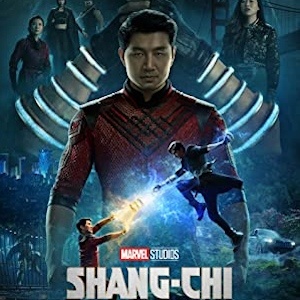 Shang Chi was enjoyable, but not great. Visually appealing, whimsical, and has plenty of humor without being forced.

Plot (Spoilers)
Shang-Chi, the master of unarmed weaponry-based Kung Fu, is forced to confront his past after being drawn into the Ten Rings organization.

For me, the most sensible way to grade an MCU movie is against the other MCU movies. Generally speaking, Shang Chi falls in the middle third for me. Not the cream of the MCU crop, but still better than most movies in the superhero genre.

I think it’s also fair to compare it with other origin stories. Was it as good as Black Panther? Nope, not close, because Black Panther was great. And not as good as the first Iron Man. But Shang Chi was much better than the first Thor movie—not a high bar.

The action sequences didn’t stand out for me, with the exception of the scenes employing the Ta-Lo fighting style. (Ta-Lo, after Shang Chi’s mother’s village.) There were only a few fight scenes that employed the Ta-Lo style, but they were all beautifully choreographed. Many movies employ slow-motion fight scenes to great effect, but the slow-motion is usually there to build dramatic anticipation and show a character’s power. The slow-motion fight scenes used during the Ta-Lo fights give the actors a chance to emote admiration, surprise, and sympathy through facial expressions. Besides that, it was like watching partners dance together as much as fight each other.

There was a better movie in the backstory

The writers deserve kudos for creating a compelling villain. First, they were fortunate to get an actor of Tony Chiu-Wai Leung’s caliber to portray Shang Chi’s father—Xu Wenwu. The character’s arc was believable. Given his power and circumstances, I’d expect most people to do the same. What wouldn’t we do to regain the love of our lives? If there’s any criticism here it’s that Xu Wenwu’s arc could very easily have been its own movie instead of just a brief backstory. His backstory might have made for a better movie than Shang Chi, but it would certainly have given Shang Chi more of a Star Wars/Darth Vader/Luke Skywalker sort of arc. Oh well; opportunity lost.

The acting by the two leads, Simu Liu as Shang Chi and Awkwafina as Katy, was adequate. Simu seemed a little stiff, like he was trying too hard, and Awkwafina was just Awkwafina. No surprise there.

As happens often, the more I think about it the less I like the movie. I’m just trying to remind myself that I left the theater last night thinking it was enjoyable. Don’t set your expectations too high and you’ll likely have a good experience.

About The Peetimes: The 2nd Peetime is by far the best. There’s some humor, but nothing else. And it’s all one long scene that is easy to summarize. The last Peetime is for emergencies only. It’s short and dramatic, but your last chance before the climax of the movie begins.

There are extra scenes during, or after, the end credits of Shang-Chi and the Legend of the Ten Rings. (What we mean by Anything Extra.)

chevron_left Indie Documentary Review – Last Call: The Shutdown Of NYC Bars
Is there anything extra during the end credits of Shang-Chi and the Legend of the Ten Rings? chevron_right