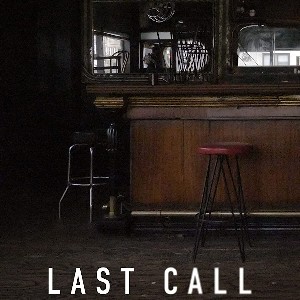 We all know about COVID-19. We’ve all been affected by it one way or another. Similarly, everybody has a viewpoint ranging from those informed by science and history to the bizarre and delusional. My own viewpoint was one of enforced isolation as, due to pre-existing medical conditions, I was recommended to isolate from, pretty much, day one. Funnily enough, the first time I wrote that last sentence I was going to say that I was ‘forced to isolate’ but the only force came from my own sense of self-preservation. Last Call: The Shutdown Of NYC Bars tells of events surrounding the enforced shutting down of the hospitality industry in New York City, specifically the borough of Queens.

It was barely eighteen months ago when the world changed. Yes, just eighteen months. I think back to the times before and it seems so much longer ago. I can still remember the last few days as things started shutting down; driving on nearly empty roads, seeing deserted car parks, and noticing all the closed shops, cinemas, theatres, and cafés. I also remember standing at the end of my drive and realizing that there was an odd quietness as the main road at the end of my street was deserted. The nearest I can liken it to was the strange quietness that came about as all the birds fell quiet as a solar eclipse took place.


We Are A Plague On The Earth

Although there are other films that talk about how having everyone stay at home has benefited the planet and its non-human inhabitants, The Year Earth Changed, for instance, Last Call: The Shutdown Of NYC Bars looks at the effect on some of the people. I say ‘some’ because we all have had different experiences of the lockdown. I am retired so I didn’t need to leave the house. My wife and daughter were both essential workers so I didn’t have any problems with people being able to go out and get food, supplies, or prescriptions. I’m a miserable old bugger and was quite happy staying home for months on end.

The people featured in Last Call: The Shutdown Of NYC Bars didn’t have that luxury. For them, it wasn’t an opportunity to sit at home and watch films. Now I can’t say what happened over in the USA to the bar staff, owners, and clientele of the bars in Queens that are forced to close. While there are dozens of locations affected the main focus is on a bar called The Sparrow and another called Diamond Dogs. Another area where I’m lost is what was actually put in place to support everyone affected. Over here, for anyone who had to stay off work, there was a furlough scheme that paid up to 70% of their usual salary. Businesses could also claim for financial support to enable them to stay closed without closing down for good.

The Renaissance Took Place In Chaos And Plague

Similarly, I don’t know what the situation was over there with regard to medical expenses. Over here everything was handled by the NHS and no one had to worry about costs. Nothing of hospital charges was mentioned during Last Call: The Shutdown Of NYC Bars so I don’t know if people had to make the peculiarly American decision to stay ill or stay solvent. What was the same was how much strain the medical services were placed under during the height of the pandemic; doctors, nurses, and all other staff around the world were put under extreme pressure and coped magnificently despite the incompetence of their respective governments.

But not everything was negative. A barman at Diamond Dogs called Willie McIntyre used his enforced leisure time to work on his music and, as Skech 185, released two albums – Gunship Diplomacy and War Church. Jena Ellenwood was a barmaid at The Sparrow and started an online cocktail mixing tutorial programme; she now includes Macy’s and Cartier amongst her clients. And I thought reviewing independent films was a silver lining!