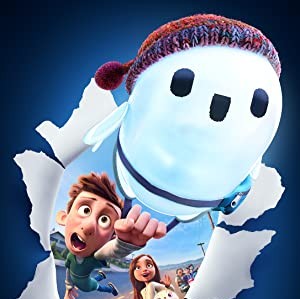 Ron’s Gone Wrong was a cute little film. It had a great moral to the story, which every child that has their own phone can certainly relate to. Social media has done wonders for communication but on the flip side, it’s so much easier now to bully. It happens every day and kids need to be shown what can happen and how to handle themselves.

Plot (Spoilers)
Twentieth Century Studios and Locksmith Animation’s “Ron’s Gone Wrong” is the story of Barney, a socially awkward middle-schooler, and Ron, his new walking, talking, digitally-connected device, which is supposed to be his ‘Best Friend out of the Box.’ Ron’s hilarious malfunctions, set against the backdrop of the social media age, launch them into an action-packed journey in which boy and robot come to terms with the wonderful messiness of true friendship.

In my theater, there were a number of families watching with me. From my observations, children above seven will enjoy and understand it. Any younger than that, I noticed they fell asleep. Also, I feel that it’s too childish for teenagers. So we’ll say between seven and twelve would be the perfect ages to get the most out of it.


I do many visits up to Asheville, North Carolina each year. That is where RunPee Dan, creator/owner/president and all-around pain in my arse resides upon his porcelain throne. (Also known as my brother, older brother…much older brother) Our family loves to watch movies together. On my most recent visit, we watched The Mitchells vs. the Machines. That movie is very close to Ron’s Gone Wrong. It’s almost the same movie. I feel that ‘The Mitchells’ was much funnier and more engaging. This movie was still cute and I would recommend it for the younger crowd.

About The Peetimes:
There are 2 Peetimes for you to choose from. They will both work equally well.

There are no extra scenes during, or after, the end credits of Ron’s Gone Wrong. (What we mean by Anything Extra.)

chevron_left Indie Documentary Review: Smoke And Mirrors – The Story Of Tom Savini
Is there anything extra during the end credits of Ron’s Gone Wrong? chevron_right