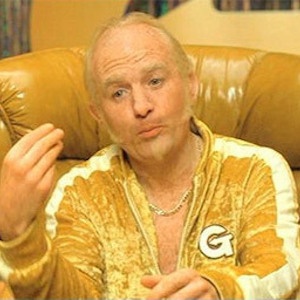 Just as it took less than a hundred years to go from the first powered flight to flying being an everyday method of commuting like the bus or a train, I wonder if we’ll ever see the day when time travel goes from being the latest technological miracle to something we use to fix trivial things — like when we forgot to renew our car tax; something so everyday and ordinary that it’s viewed as being as ubiquitous as a mobile phone.

What would I do with this new-fangled bit of kit? I’d go back to 2002 and see whether Austin Powers In Goldmember felt as uncomfortable then as it does now.


As is well known, the Austin Powers franchise is a spoof of, mainly, the James Bond series of films. I say mainly because 007 is not the only influence…not by any stretch of the imagination. Other things that have had an effect on Austin Powers’ DNA include the Goodies, Adam Adamant, Jason King, the Avengers, Department S, Pete & Dud, Benny Hill, Peter Sellars, the Monkees, the Beatles, and Dee Time! Mike Myers is only a few years younger than me, and that list sounds very similar to what I watched growing up in the UK.

Welcome To My Submarine Lair. It’s Long, Hard, And Full Of Seamen.

Austin Powers In Goldmember smacks of being sold to the studio, producers, and cameo hunters on the strength of the performance of the previous outings, rather than on the script being worked on.

The first effort, Austin Powers: International Man Of Mystery, had a reasonable cinema performance, but really took off thanks to the home video market, aided by a new fangled thing called a DVD. This fed the expectations for the next outing, Austin Powers: The Spy Who Shagged Me, and it consequently went on to storm up the box office charts and, indeed, landed the third highest-grossing opening weekend to date; it earned more on its opening weekend than the original did over its entire theatrical run.

So a third episode would come as no surprise to anyone. Neither would the assumption that another outing would do no harm to the reputation of anyone involved.

That has to be the reason for the genuinely amusing, star-studded opening sequence. I think Tom Cruise, Danny DeVito, Steven Spielberg, and Quincy Jones make for a star-studded opening. OK, maybe casting Kevin Spacey as Dr. Evil might seem to be a bit prescient, and the least said about Gwyneth Paltrow the better, but there are loads more faces to spot throughout the whole film.

Are Those Sharks With Laser Beams Attached To Their Heads?

Sadly though, Austin Powers In Goldmember is, to my mind, the point where the shark gets well and truly jumped. There seemed to be a feeling that they were untouchable and could do no wrong. Smutty double entendres? Let’s forget the ‘double’ and dial up the filth. In the last two we had some clever sight gags, so let’s do some more but with added filth and more references to skid marks. I worry that a fourth outing will be little more than Mike Myers reading from Roger’s Profanisaurus while, behind him, topless women take part in a custard pie fight. Let’s get ruder and cruder, it’ll be fantastic; if one buttock is good then two must be better…surely?

Unfortunately, it wasn’t. Not by a long shot. Whereas the others had snatches of originality, Austin Powers In Goldmember just seemed to be the same old jokes told again, but with more fart references. Once the opening sequence was over, things went rapidly downhill. There are still rumours of a fourth film being made; my money’s on Austin Powers in Gaping Pussy as a title.

However, events conspire to make this less likely. Verne Troyer had spoken of a speaking role in the next episode but, sadly, his death has ruled that out. Then you can throw in the parlous state of Mike Myers’ career. His star seemed to be in the ascendant until he had two flops on the run; The Cat In The Hat was so bad that Dr. Seuss’ widow took action to make sure nothing like that ever happened again and The Love Guru was just awful. At least he had various Shrek projects and cameos of his own to fall back on.