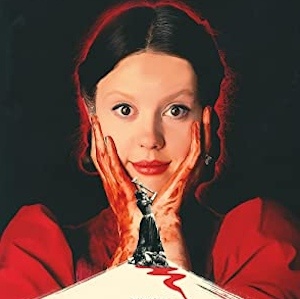 Pearl is a gem of a movie and I say that humbly. I’ve been a hater of A24 movies for the better part of a decade but they are changing my mind. Perhaps even opening my mind a bit with their very odd take on movies. In the beginning, I really couldn’t see why people would willingly purchase a ticket to one of their flicks, what a waste of money! This is me, Runpee Sis apologizing for all my trash-talk.

Let us jump back to X. That movie was the first glimpse for me that things with A24 were picking up. Pearl is a sequel to X, I actually had no idea but they were filming the two movies simultaneously. That makes sense to me now that I’ve seen them both. I sat there with my mouth hanging wide open for a better part of the movie. That gal had some issues. Watching those issues play out on the big screen was a fun time for everyone. There was never a moment that I got bored or lost interest, I was sad that it ended truth be told.


But wait one second!!

Read no further if you want everything to be a surprise to you. Now, this isn’t a spoiler for the movie but what comes after the movie…there is going to be another one. Yep, happy to report that the story isn’t done. I’ll be anxiously awaiting the next installment. Until then my friends, I hope you take a chance on Pearl.

About The Peetimes: There are 2 Peetimes to choose from. I’m going to recommend the 1st Peetime. The 2nd one is just for emergencies.

There are extra scenes during, or after, the end credits of Pearl.

Plot
The story of how Pearl became the vicious killer seen in “X”.