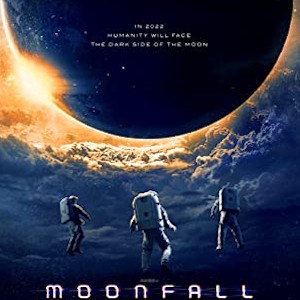 Moonfall has all the makings of a great disaster movie. Earth’s population in danger, check. A down and out hero, check. The required uptight military personnel and the comedic relief, check.

Even with all these key ingredients I still don’t feel like it stacks up to a movie like Armageddon. It was fun and tedious at the same time. If you can overlook all the errors made and just enjoy it for the intensity then you won’t be disappointed.I’m not a science whiz but even I was able to pick out a handful of mistakes. I know a hardcore sci-fi fan would be immensely annoyed. But again if you can get past that, it wasn’t horrible.


I saw it in Dolby and the sound was amazing; even the graphics were cool. If you’re bored this weekend and have a few hours to kill, give it a go.

About The Peetimes: Both Peetimes will work, one was easy to sum up and the second one was mostly action based.

There are no extra scenes during, or after, the end credits of Moonfall. (What we mean by Anything Extra.)

Plot
In Moonfall, a mysterious force knocks the Moon from its orbit around Earth and sends it hurtling on a collision course with life as we know it. With mere weeks before impact and the world on the brink of annihilation, NASA executive and former astronaut Jo Fowler is convinced she has the key to saving us all – but only one astronaut from her past, Brian Harper and a conspiracy theorist K.C. Houseman believe her. These unlikely heroes will mount an impossible last-ditch mission into space, leaving behind everyone they love, only to find that they might have prepared for the wrong mission.