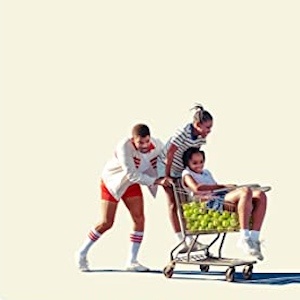 The only knock on this movie is that we know how it ends. If this were fiction, there would be drama. But there’s also the enjoyment of knowing that this is a true story. This family does overcome the obstacles in their path. That’s far better than any dramatic fiction they could have provided.

The acting by every character was spot on. The girls, Saniyya Sidney as Venus, and Demi Singleton as Serena, were great. Kudos to both them and the director Reinaldo Marcus Green.


Obviously, this movie focuses on Will Smith as Richard Williams. I don’t know if this is his best role/performance, but it’s one of the contenders. And that’s saying a lot for Will Smith because his best is some of the best ever.

About The Peetimes: All of the Peetimes are pretty good, but I would recommend the third Peetime above the others. The last Peetime has a nice short scene between the mothers and daughters that is inspirational. That’s why I made that one an emergency Peetime.

There are extra scenes during, or after, the end credits of King Richard. (What we mean by Anything Extra.)

Plot (Spoilers)
A look at how tennis superstars Venus and Serena Williams became who they are after the coaching from their father Richard Williams.
Facebook
Twitter
Pinterest
LinkedIn