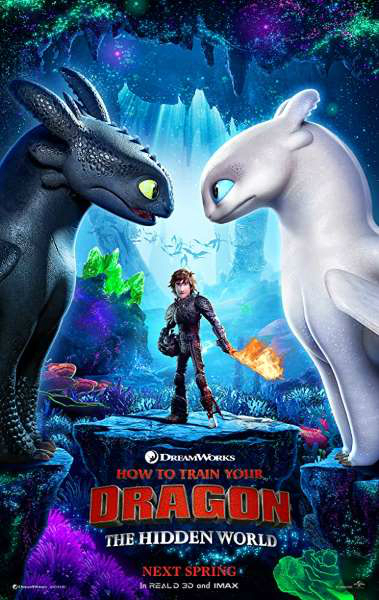 This stunning third Dragon movie needs to be seen if you like the series, or even if you’re new to the series but ‘grown-up’ enough to long for dragons to bind with and fly with in your own right. In other words, you don’t even need an excuse to drag a kid along to Dreamworks anymore!


The filmation here is glorious and the sentiment is never sappy. These ARE Vikings, ya’ll.

I’ve only seen the 3rd film, but I have the entire series in front of me to enjoy. So please excuse my initial Peetimes – I’ll update them with the insight of background, as I breeze thru the series this month.

[pullquote position=”right”]I suggest you catch the limited showing today,  at midday Feb 2, at your local AMC, or check times/tickets on Fandango. [/pullquote]You won’t be able to see this until the Wide Release showing until Feb 22 if you miss today’s. [pullquote]Tissues Alert: you might get misty eyes, but probably won’t outright sob in this feel-good film, bearing an important message.[/pullquote]

I loved it for now. Let’s table the real review until I am up to date on each part of the trilogy. Be good, dragonriders!

About The Peetimes: This movie isn’t released in the USA until February 22nd, although there is a small early nationwide Saturday release on Feb 2. I did manage to get to an early screening the day before. There’s a perfect Peetime at 37 minutes in, and you should take that if you can. The 2nd Peetime occurs before the climax and is easy to summarize, but is such a pretty scene that I gave it an Emergency status rating.

There are extra scenes during, or after, the end credits of How to Train Your Dragon: The Hidden World. (What we mean by Anything Extra.)