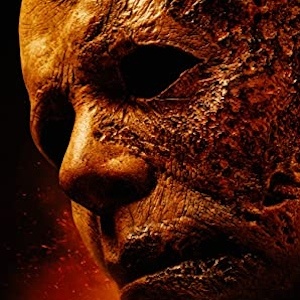 I’ve been waiting for Halloween Kills since Christmas. I love my horror flicks and walk into the theater giddy with excitement. So here’s my thought as the credits roll — they totally missed the boat. For one, if they followed the formula of the last thirteen, we would have seen drugs, sex, and naked bodies. I was astounded: there was no sex, no nudity, and only one gory scene.

I don’t want to sound like a pervert, but dangit that what makes the Halloween movies.

Plot (Spoilers)
And the Halloween night when Michael Myers returned isn’t over yet. Minutes after Laurie Strode (Curtis), her daughter Karen (Judy Greer), and granddaughter Allyson (Andi Matichak) left masked monster Michael Myers caged and burning in Laurie’s basement, Laurie is rushed to the hospital with life-threatening injuries, believing she finally killed her lifelong tormentor. But when Michael manages to free himself from Laurie’s trap, his ritual bloodbath resumes. As Laurie fights her pain and prepares to defend herself against him, she inspires all of Haddonfield to rise up against their unstoppable monster. The Strode women join a group of other survivors of Michael’s first rampage, who decide to take matters into their own hands, forming a vigilante mob that sets out to hunt Michael down, once and for all.

Another thing I was upset about was the fact that Laurie never met up with Michael Myers. What? How could they?

I mean yeah, I get it that she had been stabbed badly in the last one and had to have surgery at the beginning of this movie, but that shouldn’t have stopped Laurie. I’ll give them a little credit because she did try, but all her stitches ripped open and she was bleeding all over the hallway. Shouldn’t have stopped the amazing Laurie Strode.

So while there were the gripes, I do have a lot of favorite moments. There were a lot of LOL moments; the humor was quite good. They had enough to spice up the movie but not so much that it would turn Halloween Kills into a comedy.

All movie makers want to have the fans anticipating the next in the franchise. It worked; I can’t wait to see what happens next in Halloween Ends. Hopefully, all goes well and by next Halloween, we’ll get the answers to everything.

Will Michael die? Will Laurie be the one to finish him off, or will they both die together?

About The Peetimes:
There are 2 great times to choose from. They were both very easy
to sum up.

There are no extra scenes during, or after, the end credits of Halloween Kills. (What we mean by Anything Extra.)