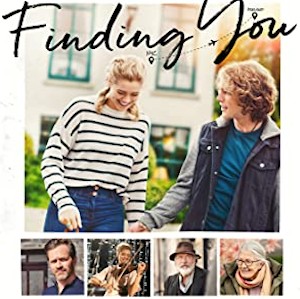 Drama/romance movies, made for a young adult audience, typically litter the C-grade reviews here at RunPee. Let’s face it, these are not made to be award-winning movies. They are cheaply made movies that attract a limited audience not known for their discerning tastes.

Plot (Spoilers)
Finley, a talented aspiring violinist, meets Beckett, a famous young movie star, on the way to her college semester abroad program in a small coastal village in Ireland. An unexpected …

That said, Finding You did better than most in its genre.


The acting by the youngsters wasn’t award-winning, but they each turned in solid performances, including a few really touching scenes of excellence. It shouldn’t be a shocker that Vanessa Redgrave was marvelous. And I think it’s the side story of the two old sisters that elevates this movie above many of the same ilk, due to the fact that it didn’t just focus on young love, but branched out into broader and more mature themes.

The one thing I might criticize the filmmakers for is not highlighting the co-star of the movie more: the Irish countryside. There were plenty of wide shots where we get to see the splendid landscape, but it didn’t seem that any effort was made to really feature it in a cinematic way.

About The Peetimes: I have 3 good Peetimes spaced out nicely. I would recommend either the 2nd or 3rd Peetime.

There are no extra scenes during, or after, the end credits of Finding You. (What we mean by Anything Extra.)