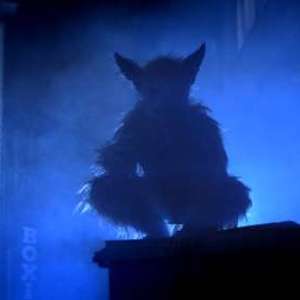 I’ve seen quite a few independent films over the last year or so, thanks to my wonderful editor Jilly sending me links to films to watch and review. Some have been exceptionally good, while others have been unremittingly dire. Unfortunately, The Mutation leans toward the latter. It is unoriginal, poorly performed, confusingly set, and riddled with errors. I would hazard that a drinking game could be developed which involves downing a shot every time something odd, unexplainable, or just wrong happens, but the risk of acute cirrhosis is just too high.

The really sad part is that, with a few tweaks here and there, The Mutation could have been a halfway decent little film.


For instance, the whole thing looked good, which must be down to the Director of Photography (Charles Jeffrey) and his crew. The fact that this appears to be Mr Jeffrey’s first effort makes me look forward to seeing how he develops in the future. The cast did their best too, and if they hadn’t bothered with the dodgy, wavering accents, would have presented themselves well.

I thought that Ricardo Freitas, as zoologist Allen Marsh, had a look of a Serpico era Al Pacino and, one dodgy forward roll aside, made a fair fist of what he had to work with.

The Mutation was also well served by Andy Fosberry’s soundtrack. I’ve interviewed film composers before and I know that it’s quite the skill! So, the visuals are good and the music is suitably atmospheric, but after that, things go downhill faster than a piano on a ski jump.

I Never Said “You Dirty Rat!”

The biggest problem, especially for an anally retentive nitpicker like me, is… why are they pretending to be in the USA? Do they specifically say they are in the States? No. Well, there is no card establishing the location as Backwater, USA — but there are a few very obvious hints about which side of the Atlantic they want you to think they’re on. An American police car rolls up to the murder scene but is met by a British Nissan Micra sporting UK registration plates — and a steering wheel on the right-hand side.  Not to worry though guys the police car also sports UK plates.

The policemen and the zoologists they’ve called in are discussing what could have killed the chap spread across the floor. Their first thoughts are a bear or a wild cat, which is much more “Home On The Range” than home counties. One of the policemen hands over his business card which says “United States of America, Police Force, Detective Norton,” which is wrong on many levels, but is still trying to say we’re over in the USA.

And, of course, there’s the gun thing; the police appear to be routinely armed, which is very rare over here. There is also a reference to the FBI being called out. Now I understand that the FBI has some overseas branches but…

So what made me think that The Mutation was filmed over here? First off, the opening murder and, indeed, the eponymous mutation takes place in the cellar of an oast house, which has a convenient nameplate saying “Oast House”.

What is an oast house you say? It’s a building originally used for drying hops as part of the brewing process. English being the strange beast that it is, oast houses were only really known as oast houses in Kent and Sussex. In Surrey, Hampshire, Herefordshire, and Worcestershire they are called hop kilns. That pins our location pretty much down in the South East. Police headquarters are located in a big fancy building with lots of glass. Unfortunately, etched into the glass is the address…Two Kingdom Street. My guess is that is the Two Kingdom Street from my old stamping ground of Paddington, London W2.

Perhaps the biggest giveaway, though, is the breaking news item shown on the TV. A news anchor is standing outside of a Kentish oast house with an American black & white police car outside, reporting in an English accent, while the headline comes up on the screen: “Breaking News – Mutated Rat seen in English countryside”. Throw in all the other oddities like UK plugs and sockets, British spelling on signage, accents that seem to wander from Georgia (Atlanta or Tbilisi, take your pick), to Ireland via any number of places in between, and you just end up shouting at the screen, “Why not just set the damn thing in England!”

I mean it’s not as though we haven’t got a history of mad scientist stories going back to “Strange Case of Dr Jekyll and Mr Hyde”. Perhaps it was to distract from The Mutation itself being painfully obviously a guy in a suit; the physical proportions and movement did not make me think “rat” but “guy with furry fetish”.