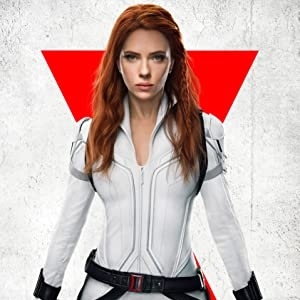 Watching an MCU movie in a packed theater again. Just like old times. We wore our masks throughout the movie (COVID Delta variant ain’t no joke.) so it’s not all back to normal, but good enough for the time being.

Was the movie worth the year-long wait? Hard to say, but it definitely didn’t disappoint. Going in I was expecting something in the B- range and my expectations were exceeded because there’s a lot to like in this movie.


The chemistry between Scarlett Johansson and Florence Pugh was great.  I can’t wait to see them interact more… Oh wait. Nevermind. 🙁

The dialog delivered many enjoyable moments that had the theater laughing. Not too many were hilarious really, just good fun.

I’m really pleased that Disney/Marvel is taking a stand on timely topics such as black rights and white entitlement, in Falcon and Winter Soldier and in Black Widow they address the worldwide mistreatment of young girls. I get it that a lot of people think these are controversial topics that should be left out of our entertainment. In my opinion, they are doing their job of presenting causes that are worth standing up for. I say kudos to them.

The fight scenes were well choreographed and remained enjoyable throughout the movie. I would like to have seen a little more in the skydiving scene, but it’s better to be left wanting more than wanting less.

I’d have to see Black Widow again to really start to appreciate it and see where it falls in the MCU pantheon. My first impression is that it’s solidly on the top third of all the MCU movies, but that top third is getting really crowded. Head to head I’d say I enjoyed this a tiny little bit more than Black Panther but not as much as Thor: Ragnorok.

Leave a comment below and let me know where you would drop this in the MCU pantheon.

Who was that woman in the end credits of Black Widow?

About The Peetimes: Here are two Peetimes that I hope you find useful. It’s been over a year since I’ve watched a movie for RunPee to get Peetimes.

Note from Dan Gardner (Founder/CEO): Vera and I are going to the opening show in the US Thursday afternoon at 5:00 PM Eastern. We’ll add/edit the Peetimes by 8:00 PM.

There are extra scenes during, or after, the end credits of Black Widow. (What we mean by Anything Extra.)

chevron_left Movie Data are Beautiful
Who was that woman in the end credits of Black Widow? chevron_right