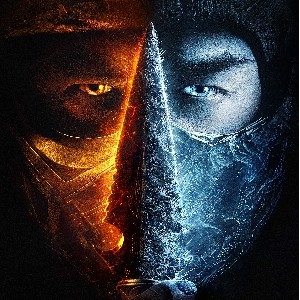 Wow. I’ve gotta start off saying I thoroughly enjoyed it. The acting may not have been top notch. Cole specifically… But the storyline was decent. The nostalgia was there. The corny humor sprinkled throughout. The finishes and fatalities…it was all worthwhile.


There are spoilers below. Proceed with caution…
.
.
.
.
I was never really big on the Mortal Kombat games themselves. I enjoyed them enough as fighting games. But it was all before I started paying attention to the stories told by video games.

I was a big fan of the original Mortal Kombat films, though.

I grew up watching the Power Rangers and Ninja Turtles. X-Men and Digimon. Mortal Kombat was, of course, more graphic than any of these. But it was always about the fun fighting moves, and that awesome theme song, in my mind. An extension of the things I loved about my earlier childhood entertainment.

To be clear, I’m a 1990 kid. 31 today. My earliest memory of the Mortal Kombat games was when I was about 8 years old. And the movies shortly after. Was I too young for this series? Maybe. But I’ve turned out okay so far. Violent entertainment hasn’t made me a violent person.

I started out saying I thoroughly enjoyed the movie. But it isn’t perfection.

As far as I can tell, they gloss over the majority of the background story to give us the bare basics. Earth is at risk of losing a 10th mystical tournament, which will lead to our being invaded by an evil wizard and his realm of henchmen.

They open up with 2 classic characters fighting mostly as mere humans, with one exhibiting extra-normal powers. If I remember the game or original movie lore correctly, these two characters were previously portrayed as brothers of some sort. (I could totally be wrong. Sue me. 😅🤷🏻‍♂️)

Brothers no more. Now they speak different languages and one murders the other’s family before killing him too.

The only actor I really know in this film is Mehcad Brooks, playing Jax.

And I only know him as James “Jimmy” Olson from the Supergirl CW series, so it was interesting seeing him in a much more aggressive role. In Supergirl, we see him first as a photojournalist, then eventually as a non-powered superhero “Guardian”, then as an Editor in Chief, before leaving the series. As the hero, we see him fight bad guys. Physically… But not to the point of death as we see in Mortal Kombat. For many, who don’t know Mr Brooks as Jimmy Olson, the role might seem fine. For me, it was a bit strange. Interesting. But off… Because I’m used to seeing him as a traditional hero. Some of his lines were a bit over the top in my opinion. It seemed they added vulgar language to some of his scenes for no real reason.

It kind of seemed to build on the old trope of the big, scary, aggressive black guy. Again. This could just be because of how I view the actor from his previous work. It’s hard for me to think of Jimmy as a potty mouth. 😂

Not necessarily a romantic partner, though there was enough of a connection between them that romance could be pursued in a sequel. Sonya was very consoling, and pushed Jax to get better when she finds him again later in the film. Sonya was set up as the obvious hero that wasn’t, yet… A sort of Neo in The Matrix type, clearly destined to fight to save Earth. But officially an unworthy tag-along. We see her shift from badass soldier to a mildly depressed follower.

When the classic 1v1 match-ups start, she still isn’t an official champion of Earth. She must defeat, kill, the traitor of the film who has had it coming the whole time, which she does. Of course.

Kano… The jerk. The comedic relief.

The guy most people will want to strangle after just a couple sentences from his mouth… Basically he’s the exact same character as from the original movies. Different actor, and with a bit more backstory. But good lord, can we just get on with it already?!

No… Because he’s the key to starting the tournament… Kind of… Unofficially… If you haven’t guessed it by now, Kano is the traitor. And the victim of Sonya Blade today and in the 1990s. 👍🏻🎉🎉🎊🎊

Before, he was clearly a depressed badass on a mission of revenge for his brother. Today he’s cocky badass that teaches the newest crop of champions how to win. And he’s a kid: looks like he’s about 16…and he’s definitely NOT the “Main” character like he was in the original films.

He’s a hero. But kind of a secondary hero. His backstory is reduced to a few lines telling us where he came from and how he became a champion. He can produce fire in his hands and shoot it at others.

The other characters are important to the story overall, but not to this film in general.

Raiden is Earth’s protector, the Thunder God. Shang Tsung is Outerrealms sorcerer ruler who wants nothing but to invade Earth by winning the 10th tournament. And he’s not above cheating. Prince Goro returns with his 4 arms and Hulk-like attitude. Kung Lao is an earth champion and cousin to Liu Kang. He wears a hat that’s basically a circular saw blade that he controls magically.

Johnny Cage. The actor. The martial arts actor. He exists in this film, but only as a name written on paper at the end of the film. I’d like to see Jason David Frank fill the role in a sequel. Jason David Frank is better known as Tommy Oliver, the original Green Power Ranger, a true martial artist and actor. Wishful fan casting aside… It will be interesting to see where they take the Johnny Cage character. In the games, he doesn’t survive too long. He returns in an extra-normal fashion. (As does a character in this movie.)

The fights were decently choreographed. The story was decently fleshed out. The characters were decently built. The film didn’t take itself too seriously. The heroes save the world and the ending is left wide open for a sequel.

Solid B+ in my book.

Christopher Estrada is an aspiring writer and photographer, born and raised in the Inland Empire of Southern California. He enjoys many genres of film entertainment, the majority being; Action, SciFi, Comics and Novel adaptations, and the occasional comedy. Follow Chris on Instagram @CR3_Chris.