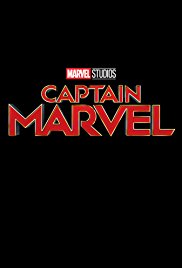 Major spoilers. Do not read until AFTER you see Infinity War.

In the post-credits scene of Avengers – Infinity War, Nick Fury and Cobie Smulders (Hill) are alerted of Thanos’ attack on Wakanda. While they’re gathering information, a car crashes in front of them. They check the car and they realize no one is driving it.

We know that this is the effect of Thanos eliminating half of humanity — but Fury doesn’t know that. As he begins to vaporize into nothingness, he manages to fire off one last message on, what looks like, an antiquated communications device. After vaporizing, the camera zooms in on the pager. It has a star-shaped logo and shows confirmation that his message was received.

The message was being sent to  Carol Danvers, a.k.a. Captain Marvel.

If you don’t know her already, you’re going to hear plenty in the coming year. She is the ultimate Avenger. Her power is, as some have described, the sum of all the other Avengers combined, and then multiplied.

She gets her own origin story movie (starring Brie Larson as Carol Danvers) , set in the 1990s, on March 6, 2019, when Captain Marvel hits theaters.

Presumably Captain Marvel will be set up to be introduced to the Avengers in the yet unnamed Avengers 4, which comes out about 2 months later. The onscreen text following the extra scene promised that “Thanos will return.”

If you’re a big fan of Spiderman, Black Panther, et al., then don’t worry. They’re dead, but not dead-dead. We already know there is a scheduled Spiderman Homecoming sequel set for the summer of 2019 and at least as few others as well.

The story isn’t over.