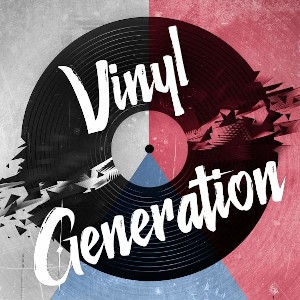 In 1980s Czechoslovakia, rock ‘n roll was basically outlawed.  The documentary Vinyl Generation starts with two survivors from that time comparing record albums and telling stories about how they used to have to go to the woods to trade records.  Even then, they might get busted by police informers in disguise.  People would get married just to  have an excuse to rent out a dance hall and have a band play.

The movie recounts the story of a generation of Czechoslovakian youth who fell in love with rock music, and how it affected their worldview and politics…and eventually led to a revolution.  It’s an interesting tale told by the people who were there.


How far would you go for your love of music?  Would you risk being expelled?  Jailed?  These people did.  The authorities would charge them with “parasitism” if their ID didn’t have a stamp from work or school.

As a music lover, I enjoyed several scenes in this film.  For instance, people talking about how record albums combine art and music, and their ritual of appreciating the cover before listening to the music.  Seeing people’s music collections was fun.  One man brought out a huge case of cassettes.  As a child of the ’80s, I just wanted them to go through every album in that case and talk about it.

There are a lot of albums and artists referenced.  The movie can be a fun way to learn about bands you may not have heard of before.

A few of my favorite takeaways from the film:  The youth rejected the regime they were under, to the point that they didn’t even want to protest it.  Industrial bands proved that industrial surroundings can have their own kind of beauty.

How Vinyl Generation Could Have Been Better

The promotional materials promise performances from Lou Reed, Frank Zappa, and Mudhoney.  And while the film does include footage of these bands performing, the clips are all around thirty seconds.  I was hoping for an entire song from each band at least.  I had hoped to learn more about each of them.

Instead, you barely get to hear any of these bands and their awesome music.

I wanted this movie to be more of a listening party.  I wish there were time to stop and enjoy more of the music and let it play longer.  Instead, we get brief flashes of music or band footage in service of moving the story forward.  It’s like being in a large candy store and not getting to taste anything.

I wish the subjects had spoken more about what specific bands had meant to them.  Why was it so important that Mudhoney was the band chosen to celebrate the anniversary of a concert promotion company?  Several Cure albums are featured, but no one discusses their significance or why they were such great finds.

I recommend this movie for anyone who likes rock music, pop culture, and/or history.  It’s a well-made film.  I just wish there were more music.  Vinyl Generation is available on Amazon Prime and Tubi.