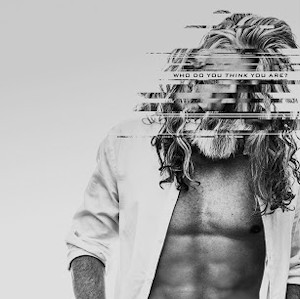 …and those are all the clues you’re going to get!

I’m not saying that Fugue is some sort of Nolan-esque, time altering mystery, but it does have its moments.  You start off wondering one thing, then perhaps something else is going on, then you’re not quite sure, but then everything is revealed and resolved.


There is a time shift/repeat element in there but not in the same way as there is Groundhog Day or Palm Springs, or a running the wrong way like in Memento, but the erratic nature of the time flow is indicated quite early on. I say indicated on purpose, because it is noticeable but not obvious; more of a sharp intake of breath by some others in the audience rather than flashing lights, klaxons, and a slap across the face.

It’s more a question of something happens and you think “I’ll need to remember that,” and you get a feeling of satisfaction when it’s explained later on.

No Spoilers here, except what’s in the trailer (Just so you’re warned)

Obviously the problem for a reviewer of a film like Fugue is balancing between talking about the film and managing to avoid spoilers, so I’ll do what I usually do and take a quick look at the trailer…

So we’re back in memory problems territory. A man wakes up, and there’s a loving note reminding him to take some medication; it was unlabeled which I found unusual but, hey, willing suspension of disbelief and all that. He walks around and switches off a buzzing light. A woman walks in and he asks who she is and she tells him she’s his wife. She reminds him about his tablets again. He’s in a steamed up bathroom and notices a handprint on the mirror. It’s smaller than his… hers? We’re only twenty seconds into the trailer, and everything I’ve mentioned is not only explained later but is a plot point!

The cast is really good

The man, Malcolm (Jack Foley), is a striking individual. If I could get a beard and hair to behave as well as that, I’d have a similar look! The woman, Helen (Laura Tremblay), is gorgeous, sexy, tough, and frightening by turns, as the story progresses. Mike Donis, Kristen Da Silva, Michael Lipka, and Evan Siemann are all good value for money, but I can’t say any more about their contributions for fear of giving too much away. I’ll admit that I was looking forward to seeing Fugue because there was a small copy of the artwork for the DVD box or a poster, and the woman on it looked a lot like Nicola Walker, who is one of my celebrity crushes. She wasn’t in it, but I still enjoyed Fugue!

The big MacGuffin is the safe… what’s in it, who wants it, can they get it? Some masked men break in with violent intent, but Malcolm has forgotten the combination. So the rest of the film pivots around that. Oh… the trailer does hint that Malcolm might not be the nice old hippy he appears to be, but could have a kind of John Wick vibe going on.

Anyway… enough! Just do yourselves a favour and go and see it whenever you can. It has all the plot twistiness of Tenet but without the need for a degree in temporal physics.