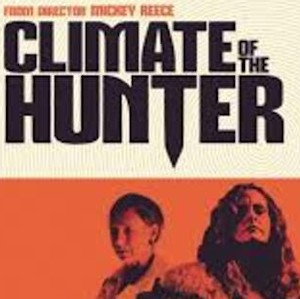 Vampire movies can be a lot of fun.  Some of my favorites include Dracula (Bela Lugosi version), Twilight, 30 Days of Night, the underrated Vampire Academy, and What We Do in the Shadows.  You can read my review of Fright Night here.  Climate of the Hunter is an indie take on the vampire story.  It’s a satisfying character study with lots of dialogue.  Two sisters reunite with an old friend they haven’t seen in twenty years.  The catch is, he may be a vampire.

What’s good about Climate of the Hunter

Two words: Ben Hall.  His performance makes the entire film.  He is charming, sophisticated, romantic, and tortured.  He’s almost hypnotic.  When he’s on screen you can’t look away.  I can’t wait to see him in Minari, which opens later this year.


The movie has great dialogue, much of it going to Hall.  Several of the indie films I’ve reviewed have surface level, on-the-nose dialogue.  Climate of the Hunter actually has subtext.

What Climate of the Hunter could do better

Please note that the following are minor quibbles.  Overall, I found the movie to be highly enjoyable.

There are elements of the film that seem at odds with its dramatic tone.  For instance, one of the clues that Hall’s character might be a vampire is that he coughs up a tampon.  It feels like a gross-out comedy moment thrown into a drama.  There’s also a Wes Anderson type thing that happens with every meal.  A twee voiceover announces the menu.  I think it’s supposed to be comic.  Some of the meals appear to be things invented solely for the film.  Maybe they’re trying to make a point that everyone eats disgusting things, not just vampires.

There are characters who are underused.  Their storylines don’t really wrap up at the end.

This movie does not bring the scares.  It’s more of a thriller or a supernatural drama than a straight up horror film.  This may be a disappointment to horror fans.

Final Thoughts on Climate of the Hunter

This is one I would definitely watch again.  Hall’s effortless portrayal feels lived-in.  Fans of character actor Ray Wise (who was recently featured in Beast Mode) will probably enjoy Hall’s performance.

chevron_left Is there anything extra during the end credits of Land?
Indie Movie Review – The Devil’s Heist chevron_right