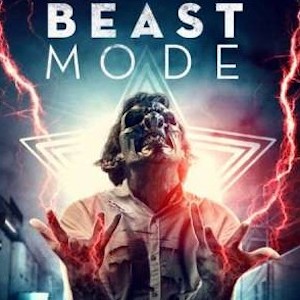 This is a solid horror-comedy.  And if you’re looking for something that’s light on gore, this is a great pick.  It also has some good creepy moments, especially courtesy of Douglas Bennett.  (I’d love to see him do more horror.  He has a great presence for it.)  And the creatures, designed by Brian Wade, look cool.  They are like something out of Buffy the Vampire Slayer.


Character actor Ray Wise (one of my favorites!) has a cameo towards the end and delivers an awesome monologue.  (He played the devil on the TV show Reaper and should play the devil in everything.)

And if you like character actors, the movie also features James Hong and Robert Costanzo.   Beast Mode has a great cast.  The film is a smart satire of Hollywood and the “monsters” who inhabit it.  It has a good script.  The dialogue is sharp and witty.  There’s a funny running gag over how far one character will go to get a producer credit.

Overall, this was just a really fun watch.

The movie tends to lean more towards the comedy than the horror.  This may disappoint some viewers.  The monsters don’t really show up until about halfway through the film.  However, Bennett’s prophetic dialogue creates some creepy moments.  Not everything has to be blood and jump scares.

There is one scene that was a little gorier than it needed to be.

The Plot of Beast Mode

C. Thomas Howell plays Holllywood producer Bree Nash who desperately needs his next movie, Beast Moon, to be a hit.  His star, Huckle Saxton, is a celebrity bad boy.  Nash accidentally runs over him with a car.  He’s able to find a mild mannered janitor who looks almost exactly like Saxton.  Except for the scars on his face.  (What if you resembled your favorite actor and actually got the chance to become them?)

Nash goes to see a mysterious figure (Douglas Bennett) who has some makeup that will magically erase the stand-in’s scars.  But he warns Nash, “You are what you are and will become what you are.”  Everyone who encounters this vial of makeup goes through a horrific transformation.

James Duval is great in a double role as Huckle Saxton and his doppleganger.

With screeners, you don’t always know what you’re going to get.  This one was a pleasant surprise.  I can’t wait to see what the filmmakers and the cast do next.  If you decide to check it out, watch through the credits.  There are some great outtakes.  Beast Mode is currently available for rent or purchase on most streaming sites.