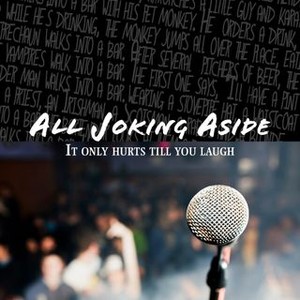 A few weeks ago I reviewed a documentary about a female comedian trying to make it as a stand up in the comedy clubs of New York City called Funny Pains and used my E.B. White quote, “Analysing humour is like dissecting a frog. Few people are interested and the frog dies of it,” so I won’t use it here.

The opening scene is of her debut performance, from which she gets heckled off the stage by Bob (Brian Markinson). Her friend comforts her, and she goes back to her life away from the clubs.


And then the story develops… it turns out that Bob used to be a big deal back in the day, a trendsetter, an envelope pusher of the first water but, for reasons to be disclosed later, gave it all up. They meet up again a couple of times, Charlie finds out about Bob’s past, and decides to get him to be her mentor.

So far, so very A Star Is Born, and the filmmakers noticed that too! Bob says he doesn’t want to be her teacher, as they always die before the end of the movie. But, fortunately for the film he does work with her and we get some really interesting insights into the way comedians get their inspiration and, consequently, their material. I don’t have any experience of being a stand up, writing jokes, or performing in any way — so I can’t definitively say that it’s an accurate portrayal — but it all seemed pretty convincing to me.

The whole thing was entertaining from start to end and I really enjoyed it; from the cringing lows to the jubilant highs and all the in-betweens.  All right, there are some clichés… reflection of failed relationships from both sides and the overheard/misunderstood/misconstrued conversations but, by that far in, I was prepared to forgive almost anything.