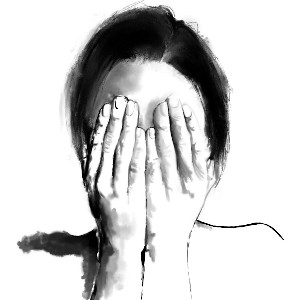 Earlier this week I read an article that said that both Anne Frank and Martin Luther King Jr would both have turned ninety two in 2021 had they still been alive. Now, ninety two is a respectable age that not many of us are lucky enough to get to but, thanks to modern medicine and lifestyles, it is more and more often reached; my own mother was older than that when she died. So it just shows that the Holocaust and the Civil Rights Movement are relatively recent events.

But while the concept of history repeating itself has become a cliché, things become clichés precisely because they’re valid enough to bear endless repetition. As the wondrous Sir Terry Pratchett wrote… “The reason that clichés become clichés is that they are the hammers and screwdrivers in the toolbox of communication.”  As such you’d think that we, as a society, would have learnt from such things, ruefully shaken our heads, and made sure that they never happen again. Sadly, that is not the case.


History Is A Set Of Lies Agreed Upon

And so we come to Narratives Of Modern Genocide. This is, essentially, the story of two survivors of incidents of genocide; one from the seventies and the other, shamefully, from within the last thirty years. Just as I listen to my seven year old granddaughter talking about the history she has learnt in school and it dawns on me that her history topics are my life events. A recent trip to see a panto with her had a line about “a giant leap for mankind… who said that?” And she shouted out “Neil Armstrong”. I asked how she knew that and “history lessons at school” was the simple answer.

I can remember the atrocities taking part in Cambodia under the Khmer Rouge led by Pol Pot. It was something happening half a world away, literally, but it was slaughter of such magnitude that it was making headlines at home. I remember going to see The Killing Fields in 1985 and all the media attention that it and the real life characters involved raised. Sichan Siv lived through the worst excesses of the Khmer Rouge, his entire family were slaughtered but he managed to escape through Thailand and on to the USA. Once there he really embodied the American dream by rising up to become a US ambassador to the UN Economic and Social Council and deputy assistant to President George HW Bush!

The Best Prophet Of The Future Is The Past

As advancing years tend to make time compress, so the early nineties seem, to me at least, a lot closer than the nearly thirty years that have, in fact, actually elapsed… hell, I swear the eighties are less than thirty years ago! So Gilbert Tuhabonye’s story seems like it happened more recently than it actually did. Gilbert was still a teenager when the civil war in Burundi erupted. Members of the Hutu tribe invaded his high school and rounded up  all the Tutsi teachers and children they could find. The majority were hacked to death with machetes and the rest were burned alive. Gilbert managed to survive by hiding from his attackers. The thing is though that he hid beneath the burning corpses of his schoolmates for over nine hours during which he suffered burns over much of his body.

The high spots, if that is what they can be called, of Narratives Of Modern Genocide are the men’s first hand telling of their stories. There are occasional pieces of archive footage but these are used sparingly. There probably are actual recordings of the atrocities but they would be unnecessarily intense for widespread screening. Instead very simple animations are used to accompany the relating of the horrors the men saw and, somehow, that makes things much more powerful.

Unfortunately the gripping telling of the tales which give rise to the naming of Narratives Of Modern Genocide are quite a small part. The majority of the film is filled with what seems to be adverts for the United States and the churches therein. While it is good to know that both men not only survived but thrived after their traumatic starts it does make it seem like the genocide is a lesser event than it was. I found myself thinking that it is possible to get through and prosper after such an event rather than thinking that we should be making sure this never happens again.