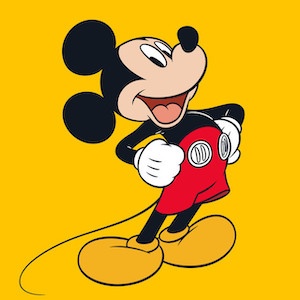 Mickey’s Once Upon A Christmas is three short animated films, stacked together to make a slightly longer short… one hour and six minutes. The first part is the one we’re mainly interested in, features Donald Duck and family, and is called Donald Duck: Stuck On Christmas. The second stars Goofy and family in A Very Goofy Christmas while Micky and Minnie finish things off with Mickey & Minnie’s Gift Of The Magi.

Personally speaking, I thought that this was a spectacularly poor Christmas film and, given that it’s a Disney production, that was even more surprising. As might be expected from Disney, the characters and quality are as high as they always are but it was the messages, particularly in the latter pair, that I thought didn’t exactly scream “spirit of Christmas”. IMDb describes Mickey’s Once Upon A Christmas as “Mickey and his friends star in 3 heartwarming stories of Christmas past”… I disagree.

In the grand old tradition of television competitions I’ll go in reverse order. The final part is Mickey & Minnie’s Gift Of The Magi and concerns the couple’s efforts to raise money to buy gifts for each other. To me, the main theme of the section is that Mickey and Minnie both feel that THE most important thing is to spend money on each other’s presents. Score one for the commercialism of Christmas! The ending is pretty well telegraphed from the beginning; by doing everything they can to get the end result they end up messing everything up and, essentially, giving each other something worthless.

The middle part is Goofy and family in A Very Goofy Christmas which I would suggest you avoid showing to children of a certain age! By that I mean the age when they may be starting to question their belief in that red coated, white bearded chubster who visits every year. The gist of the story: young Max Goof is told that Santa doesn’t exist and posits some very credible arguments and Goofy has to reignite his belief. Trouble is that they are good, easily understandable arguments which a pre-teen could easily run with and there’ll be tears before bedtime.

Gawd Bless Us Everyone!

But it’s the first part of Mickey’s Once Upon A Christmas that we’re interested in; Donald Duck: Stuck On Christmas. The stars of this little section are Huey, Dewey, and Louie. Being kids, they love Christmas Day! Their excitement overflows and they get into all manner of brouhaha, most of which irritates or annoys the adults. As they are lying in bed reflecting on a, to them, wonderful day, they channel Roy Wood and Wizzard and Wish It Could Be Christmas Everyday.

A passing star means that, in the grand tradition of Groundhog Day type films not needing to explain everything, there is an unexplained repeat of the previous day, over and over until, well… that would be telling.

So, does that third of Mickey’s Once Upon A Christmas meet the requirements to be granted full GHDishness? There is a repeat of a particular day. Only the one person (I’m counting this sibling group as an individual) is aware of the repeat. The repeat keeps on, errm, repeating, until an unspecified condition is discovered and, subsequently, satisfied. Are there more rules than that? But let’s get things in proportion… we’re talking cinema, not physics so we can play a little fast and loose with the rules!

I was always preferred Tom & Jerry over Mickey Mouse, so…