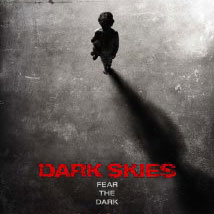 Grade: C
Dark Skies wasn’t a bad movie but it wasn’t great either. The cast is mostly unknown; Keri Russell was the only actor I had heard of before. While I’m not a big fan of hers I liked her in this flick. She did a decent job with what was a fairly weak script. I saw a bunch of plot holes that really should have been pursued further. Her child shows up with marks all over his body and we didn’t see her go nuts. I’m a Mom and would have freaked out over that.  Also I spotted some rips from other movies. Once the family are all on the same page with whats happening they sit down to dinner. They sit there together and reminisce over good times. Hmmm..is this a Signs moment? There were more but I feel like I’m harping on all the weak parts.  The rest of it was pretty entertaining.
The build up to the major reveal was suspenseful especially because of the movie score. The cast pulled it together and ended on a very strong note.My movie award for what I call “The Movie Star” goes to Dakota Goyo. He plays Jesse, the oldest son. His acting was top notch for someone I’ve never heard of. I hope he does a lot more because the kid has potential.

Another well done aspect of the movie was the pacing. It was the perfect length. They were able to steadily feed you new information giving you just enough to keep the timing right. All in all I would recommend this movie for anyone who just wants to escape their reality for about an hour and a half.