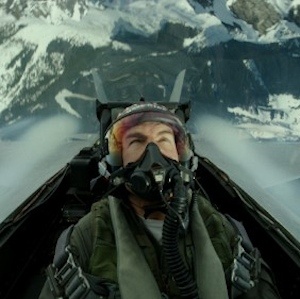 If you’re a lover of movies, you will appreciate suspending your disbelief and immerse yourself in a fictional story. However, once you are done with the film, you will have the time to sit down and think about the movie. Only then can you discover the incredulous nature of many scenes in the movie, and you start to question the physics or science of the movie. For example, you will see someone get thrown through a wall, but they get up and continue the fight. The same person is hit with a bottle on the head, and they become unconscious for hours. These are some of the things that you get to think about in a movie. If you regularly have these thoughts after watching a movie, then one series you have to jump on is “could you survive the movies.” This is a YouTube Original series and is currently in season two.

The second season of this series examines many of the amazing scenes and incredible feats from Jurassic Park, Top Gun, Harry Potter, A Quiet Place, a Zombie Movie, and Titanic. It dives into the science underlying those scenes to determine whether or not they could survive in the scenario.


This show is hosted by Jake Roper, a producer at Ample Entertainment and a YouTuber with 3.6 million subscribers on his channel. In every episode of the series, Roper looks to point out what is called ‘accidental learning,’ according to him. In accidental learning, the audience is so enthralled and entertained by the movie that they fail to realize how much they are learning as they watch.

A remarkable feature of the show that the audience is going to find very interesting, and which Roper enjoys himself is that the show doesn’t only explore science. Instead, they recreate many of these scenes and weave the experimentation and science in a way that is more narrative and engaging. That is how they create the phenomenon that they call, ‘accidental learning.’

In this series, Jake Roper and his group of “Edutubers” employed immersive re-creations to blend narrative storytelling with unscripted scientific exploration. With each experiment, the viewers are carried along as the crew tries to investigate the science behind their favorite movies and attempt to answer some of the important questions that the movie poses.

This show was awarded a trophy for Outstanding Informational or Educational Series during the 47th Daytime Emmy Awards. So, this is one more reason why you should check out this series, which explores the science of classic movies and breaks down many of the images and scenes to explain how it would look in real life. For instance, the show seems to explain what would happen if a giant amplifier sends a huge sound wave that blows you back, as seen in the movie Back to the Future. Are you going to survive it or not?

The new season of this docuseries was kicked off with the movie “Top Gun.” Top Gun is a movie with loads of physics in it, and it was an ideal choice to kick off the show as they seek to explain these physics.

Each episode of this series is premiered by noon on Thursdays. However, YouTube premium subscribers have access to the whole series and get to see bonus footage from “Top Gun,” which features a 360-VR perspective covering the entirety of Jake Roper’s flight alongside the Blue Angels.

You may need some background to this if you are not familiar with the creator culture of YouTube. As mentioned earlier, the lead presenter of this show is Roper, aka Vsauce3, and his channel is part of the YouTube network that Michael Stevens (Vsauce) created. The videos made by this network aim to present science in a way that’s accessible for millions of viewers. The show “Could You Survive the Movies?” has proven to be a huge success. It won the Daytime Emmy award in 2020, and YouTube backs the second season.

The first episode of season 2, which features “Top Gun,” loosely reenacts the movie’s plot and has Jake Roper taking on the role of Maverick, and actor Jay Ellis “Top Gun: Maverick” was the iceman-style rival. The episode had pretty loose and humorous acting. It was evident from the acting that they were not trying to convince anybody that they are making a genuine recreation of this classic Navy movie. The director of “Top Gun: Maverick,” Joseph Kosinski, also shows up and tries to improve the problematic locker-room showdown.

So, the show has the full cooperation of Paramount and plenty of support from the Navy themselves. Roper’s ride-along flight with the Blue Angels and Lt. Monica Borza, Navy surgeon, also explains how the G-forces work.

If you pay attention to this episode (like with other episodes), you are going to learn a lot.

Although the science behind the movie is a very advanced one, the show’s production team figured out a way to convey the main subjects of the movie in a way that is understandable for non-science viewers. You would be surprised how effective it was to your knowledge of physics to watch Roper on this show for twenty minutes compared to a full semester learning physics at high school. This shows how much detail they put into explaining the topics covered in this movie, and it is the same for all movies discussed on this show.

Charlie Svensson is a fast, engaging writer for an essay writing service. He provides thesis writing service and is skilled in content writing, blogging, and dissertation writing services. The favorite topics of his posts are education, social media, marketing, SEO, motivation blogging, and self-growth. Excellent adaptability of skills to reach diverse audiences.