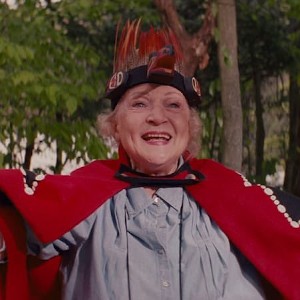 Betty White has been a legend of Hollywood for decades, and her death on December 31st 2021 left people all over the world grieving her loss. White had actually held the Guinness World Record for working longer in television than anyone else, a staggering 83 years.

As well as being the star of so many record-breaking TV shows, she also had a long and illustrious movie career too. Here are some of her best movies to enjoy her performance in, and remember her by.

This movie was due to be screened on 17th January 2020, which would have been Betty White’s 100th birthday. Following her death in 2021 though, the movie was retooled to act as a memorial to her and all the work she did on screen.


The movie offers a backstage look at some of her most prominent work, such as on The Golden Girls, Saturday Night Live, and more. It also contains her final interview, which shows a final insight into who she was and her passion for her work.

There’s also interviews with many of her celebrity friends, such as Ryan Reynolds, Tina Fey and Morgan Freeman. They all share what White meant to them, and how working with her changed them.

This is typically voted as White’s best movie by audiences. This 1962 film, based on the novel by Allen Drury, focuses on Robert Leffingwell, played by Henry Fonda, and the debate he causes when he’s nominated as the secretary of state.

White plays Senator Bessie Adams, and this movie was actually her feature film debut. As a political drama, it keeps viewers in suspense and is a fascinating look into the machinations of the political machine.

Some moviegoers may not know that Betty White actually lent her voice talents to animated classic Ponyo in 2008. She voices the character of Noriko in the English language of the film.

Ponyo follows the story of the eponymous Ponyo, a goldfish princess who wants to become a human after she befriends a human boy named Sosuke. It’s a beloved Hayao Miyazaki film, and one that animation fans should be checking out.

If you’re a fan of romance and love stories, then you have to check out The Lost Valentine. White plays Caroline Thomas, a woman whose husband didn’t come back from the Second World War and never knew what happened to him. With the help of reporter Susan Allison, played by Jennifer Love Hewitt, she starts to unveil the truth of what happened.

This story is a real mystery and love story all rolled up into one. It’s a true tear-jerker, so make sure you have the tissues handy when you watch.

One of White’s later roles, she stars alongside Sandra Bullock and Ryan Reynolds in this comedy. Margaret Tate, played by Bullock, is facing deportation back to Canada. She doesn’t want to lose her life in the US and her job as an executive, so she asks her assistant Andrew, played by Reynolds, to marry her so she can get a green card.

White plays Annie, Andrew’s grandmother. She’s a highlight in this comedy, and it’s the movie that made White and Reynolds friends until her death last year.

If you’ve never seen this animated classic, now’s a good time to catch up. White plays Aunt Polly in this retelling of the Tom Sawyer story, where the characters are portrayed as animal creatures.

It may not be her highest-rated movie, but it’s one with a lot of heart. The songs are a particular highlight according to viewers, so it’s one to check out.

White played the lead Annie Eason in this road trip story with a difference. Having been widowed, she decides to go to the place where she and her husband had intended to build her dream house. Taking her granddaughter Ella, played by Amy Davidson, they both get into mishaps along the way.

These are just a handful of Betty White’s best movies. With so many great movies in her filmography, why not start going through it, and check out her best performances? It’s a great send-off to one of the most beloved entertainers in the industry.

Madeline Miller is a writer for Subjecto and Best Australian Writers. She covers movie and movie news. She also works as a blogger for Top Essay Writing Services.

chevron_left Is there anything extra during the end credits of Moonfall?
Indie Movie Review – Bite Me (2019) chevron_right