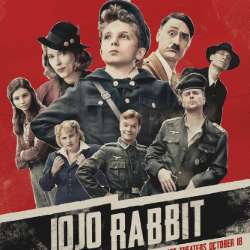 For some people, 2020 feels like it has gone on for years already. But when you look back at some of the movies from the end of 2019, they still seem incredibly recent. So much so, that you probably haven’t realized you can already stream them.

Personally, I still find it amazing that Spiderman: Far From Home is already on Netflix. I haven’t even had time to get over the epic nature of Endgame! However, even the blockbuster movies from just a few months ago are available now for streaming or renting.

No matter where in the world you are, a VPN gives you a way to watch your favorite movies everywhere. You can find all of the following online.

Jojo Rabbit has made headlines for its quirky premise and excellent execution, along with its Best Adapted Screenplay award at the Oscars. Directed by Thor: Ragnarok director, Taika Waititi, It follows a boy in the Nazi youth who finds an imaginary friend in Hitler. If that doesn’t pique your interest, I don’t know what will.

Chances are, you didn’t get an opportunity to see it on the big screen and, to be fair, it’s not the sort of movie that needs to be seen in that format. However, it’s already available to stream on Amazon Prime Video in some countries, and should be available on Google Play soon.

Parasite just made history as the first non-English film to win the Best Picture award at the Oscars. It follows the story of a low income family who takes residence in the home of their wealthy counterparts.

There is obviously a lot of discourse around the film at the moment, and streaming it now is highly recommended. Get it on iTunes, Amazon, Google Play and more.

Many people had forgotten the existence of the first Zombieland movie by the time the sequel was announced. However, fans were quick to remember some of the iconic moments from the film, including a scene in which Bill Murray gets shot after pretending to be a zombie as a practical joke.

Zombieland: Double Tap still wasn’t one of those films that has you running to the cinema. You can stream it now from Amazon, Google Play, and more.

Adam Sandler’s latest movie, Uncut Gems, made it into the news cycle long before its release because of the Oscar buzz it received. Sandler famously promised to make the worst movie of his career if he didn’t win (spoilers: he didn’t even get nominated).

Amidst all the noise, you may have missed the fact that it premiered on Netflix recently. Watch it – it’s not your usual C-grade Sandler fare.

Doctor Sleep was marketed as a sequel to The Shining, although that really wasn’t the point of the movie. The Stephen King adaptation follows the story of a forty-year-old Danny Torrance, decades after the events in the Overlook Hotel. This movie is not about the hotel or his father, but his own personal journey.

It’s pretty good, and highly recommended if you haven’t had the chance to see it yet. Rent it on iTunes, Google Play, or Amazon.