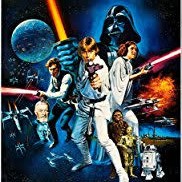 Star Wars is loaded with MacGuffins. Can you name them all?

A MacGuffin is any object that drives the plot and motivates the characters in a movie. You might have seen the name “MacGuffins” over bar bistros in the lobbies of many AMC theaters. That’s an industry in-joke. It sounds like the name of an Irish pub, but it’s really a nod to a long standing film tradition, coined by Alfred Hitchcock himself, for an object or person/being that’s an excuse to make characters do things, have a quest for, and usually fight over.

MacGuffins can be almost anything, but the point is, it is a “thing.” Sometimes a MacGuffin can be a person-as-thing, but that’s a bit more rare. Another crucial point about MacGuffins — they’re usually quite fungible. It really doesn’t matter what the thing is, so long as the characters spend their narrative trying to get it (or, in some cases, lose it).

Here are some well-known movie MacGuffins you probably never thought about:

Clearly, this is an ongoing list. I can’t sit here all day naming every flick with a MacGuffin. But feel free, absolutely, to name your favorites in the comments. It’s good geeky fun!

2 thoughts on “What is a MacGuffin? Top Movie MacGuffins, Explained”