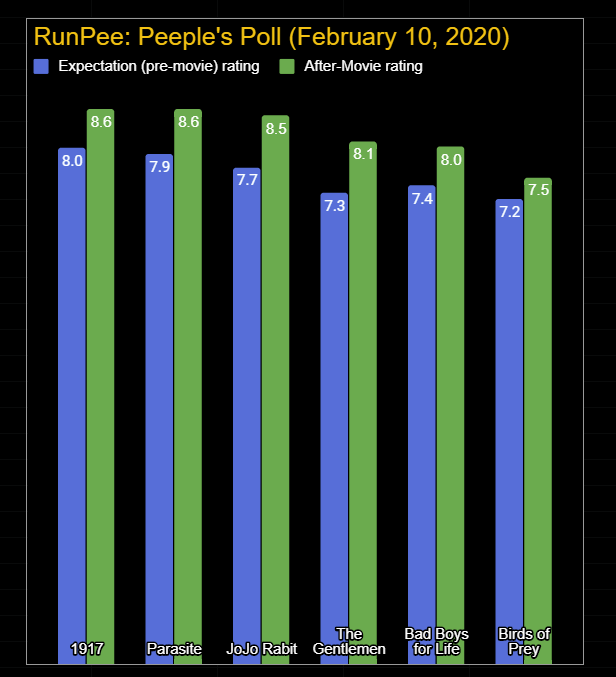 Birds of Prey: And the Fantabulous Emancipation of One Harley Quinn opened this weekend to a resounding, “meh.” (7.5 After-movie rating.)  For better or for worse, the expectation for the #BoP was even lower so at least it was better than expected.

1917 tops the After-movie rating — by a few hundredths of a percent over Parasite — thus regaining the top rated movie in the Peeple’s Poll this week from Parasite which was the top rated last week. Really, these two are neck and neck in the polls, but if you ask me which one to go see I’d say 1917 hands down. You might like Parasite — I didn’t and many others don’t — but 1917 is a safe bet.