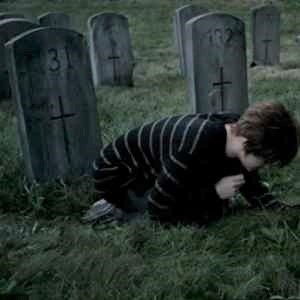 A Quiet Place Part II opens on March 20.  The early buzz is positive.  The sequel promises to be another unique theatrical experience.  However, it’s not the only horror movie to look forward to this year.  There are a lot of new horror flicks coming out over the coming months.  Here’s a preview of the chills that lie ahead.

Fox’s long-delayed X-Men film is finally getting a release.  This one doesn’t feature any of your returning favorites like Wolverine, Cyclops, or Magneto, though.  This is a story featuring a new group of characters from the comics who are being held in a secret facility and must fight to save themselves.  This is the final X-Men film from 20th Century Fox.  There is no word yet on when Marvel will debut their first X-Men movie.

This psychological horror film debuted at the Toronto International Film Festival to positive reviews.  It’s about a young nurse named Maud who is obsessed with converting her cancer patient to Christianity no matter the cost.

This movie has a creepy, unsettling trailer.  A teacher (Kerri Russell) and her brother, the sheriff (Jesse Plemons), become concerned about one of her students — who is keeping a supernatural creature in his house.

Janelle Monáe stars as a successful author who finds herself in a horrifying new reality and must figure out the mystery behind it before it’s too late.  The trailer has some great Twilight Zone meets Get Out vibes.

Chris Rock brings a new take to the Saw franchise with Spiral.  He not only stars, but he also came up with the story and is the executive producer.  The film is expected to include some comedic elements.  The movie is not a reboot nor a direct sequel to Jigsaw, but exists in the same canon with the other eight films.

Producer Jordan Peele revisits a classic ’90s horror franchise with this “spiritual sequel” to the original Candyman.  After socially conscious horror films Get Out and Us, Peele is batting a thousand.  His movies are smart and entertaining.  I can’t wait to see what he has in store for audiences this summer.

I have not seen any of the Purge movies yet.  I admit the premise of having free reign to commit crime for one night a year is sometimes cathartic and sometimes terrifying.  No plot details have been revealed yet for this fifth installment of the series.

Jared Leto stars as the vampire Morbius who originally appeared in Spider-Man comic books.  When biochemist Michael Morbius tries to cure himself of a rare blood disease, he accidentally infects himself with a form of vampirism instead.

On the trail of a missing girl, an ex-cop comes across a secretive group trying to summon a supernatural entity.  Based on a graphic novel by Cullen Bunn and Vanessa R. Del Rey.

Malignant is the latest horror film from director James Wan (The Conjuring), based on an original story by Wan and Ingrid Bisu.  No plot details have been released yet.  Wan is a horror master, so this should be a great film to close the summer out with.

A father survives a plane crash in rural Appalachia, but becomes suspicious of the elderly couple who take him in and nurse him back to health using ancient medicines.

A U.N. military team falls into a portal to an alternate world where hunters fight giant monsters.  The two groups work together to defend the portal and keep the monsters from entering and invading earth.  Milla Jovovich, Tony Jaa, and Ron Perlman star in this movie based on the video game series.  I loved Jovovich in Resident Evil, another horror-action series based on a video game with the same director (Paul W. S. Anderson).  So I’m especially looking forward to this one.

The Conjuring: The Devil Made Me Do It (September 11)

This is the third Conjuring film and the eighth installment in the Conjuring universe.  From a Warner Bros. Pictures/New Line Cinema press release: “It starts with a fight for the soul of a young boy, then takes [the Warrens] beyond anything they’d ever seen before, to mark the first time in U.S. history that a murder suspect would claim demonic possession as a defense.”  I love these movies because Patrick Wilson and Vera Farmiga bring a humanity to Ed and Lorraine Warren that makes you care about the characters, which in turn ratchets up the tension.

Director Edgar Wright (Shaun of the Dead, Baby Driver) tries his hand at horror.  No plot details have been revealed yet for this psychological horror film.  But it does have an impressive cast that includes Thomasin McKenzie (Leave No Trace, Jojo Rabbit) , Anya Taylor-Joy (The Witch, Split), Matt Smith (Doctor Who), Diana Rigg, and Terence Stamp (The Limey).

Director David Gordon Green brings Michael Meyers back to life in this sequel to 2018’s Halloween.  It is the twelfth installment in the Halloween franchise.  Another sequel Halloween Ends is expected on October 15, 2021.  Jamie Lee Curtis will reprise her role as Laurie Strode in both films.

This sequel picks up where the original film left off.  A group of people are sent to navigate a series of escape rooms.  They discover their fates are tied to whether they can solve the puzzles in time or not.