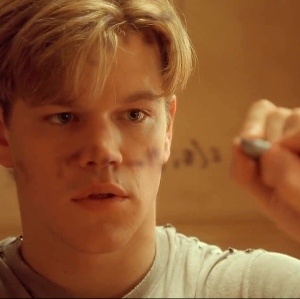 The academic process can sometimes be quite boring and monotonous. Not all students can maintain a high level of motivation throughout the year, and that’s okay. But let’s be honest: young people need a source of positive emotions. Some positive triggers should spur you to new academic achievements, and the right decision may be very close. What if you host a movie night and enjoy some of the best cinematic masterpieces? There are quite a few pictures that you should see to get a study inspiration. Here are five films that are worth your attention.

Surely you have seen this movie on many lists. But it would be unfair to forget about Good Will Hunting as it is a masterpiece of cinematography. After the credits, you will surely be extremely motivated to change your life and pay more attention to academic activities. Imagine a talented guy with great scientific potential who works as a school janitor. Every day of his is an ordinary routine with no bright colors.


Will Hunting (Matt Damon), the main character, is a guy who buries his potential by doing work that depresses him. But one day, a local professor notices his talents and invites the guy to visit the school’s therapist (Robin Williams). During regular therapy sessions, a young man learns to look at the world differently. Watching the protagonist’s mental transformations will motivate you to strive for academic heights no matter what happens.

Surely you have heard about Stephen Hawking’s life story at least once. This film is a kind of description of the life story of this talented scientist. Eddie Redmayne was able to portray the image of a young Ph.D. accurately. University student striving for scientific discovery, despite amyotrophic lateral sclerosis and gradual paralysis of all limbs. This film can be called a romantic drama, but it is almost a real story of a man who did not break down due to physical weaknesses.

Stephen Hawking pursued his discoveries, theories, and scientific concepts even when he could no longer speak or move his limbs. Surely you will be impressed by such a craving for science and academic growth. You should watch this movie no matter what, even if you have to delegate your papers. Trust reliable writing services like https://speedypaper.com/ and focus on the incredible story of a scientist who was not broken by a serious illness.

Here is another school drama that will not leave you indifferent. Imagine an English school teacher who is a game changer at a boy’s preparatory school using unorthodox teaching methods. The great Robin Williams played one of the most memorable roles. His character uses a way of teaching which allows the students to embrace themselves and absorb all academic opportunities. One of the strengths of this movie is an incredible warmth and friendly atmosphere that resonates throughout. Viewing such a picture will surely bring you a lot of positive emotions. You may even get academically motivated and study harder.

Surely you know the history of the struggle of black people for their rights in America. Their lives were worth no more than a penny for centuries, but everything changed with time. Based on the true story of Melvin B. Tolson, this film tells the story of people who never want to give up or back down. Imagine a professor who managed to inspire his students to become the first black debate team to challenge Harvard at the debating championships.

This film shows the will to win and the desire to say no to racial stereotypes. Thanks to the inimitable Denzel Washington, this picture has become very emotional and life-affirming. That is why all students, regardless of skin color, race or religion, will receive a motivational boost.

Imagine Eastside High School falling into disrepair due to drug abuse and crimes. Most students cannot pass basic skills testing, and teachers fear for their lives as many students are connected to city gangs. As a result, the measure announces that the school will be turned over to state administration unless 75% of the students can pass the minimum basic skills test. He also hires Joe Clark (Morgan Freeman) as the new school principal to deal with the academic disaster.

As a result, Joe decides to introduce extraordinary, controversial, and sometimes insulting methods of transforming the academic process. Despite initial resistance from teachers and students, Clark made a difference in the school and even motivated young people to follow the path of knowledge. This story is based on real facts that cannot motivate young people. Lean On Me is a film that shows that any student’s life can change for the better through circumstances, self-motivation, and third-party help from some people.

As you can see, all five of the above films will not leave you indifferent. On the contrary, you will surely be surprised and intrigued until the end. So take some time and look at all five pictures, as they are worth your attention. As a student, you will be able to find the motivation to keep going even if your life is difficult enough and you are tired of overcoming obstacles.